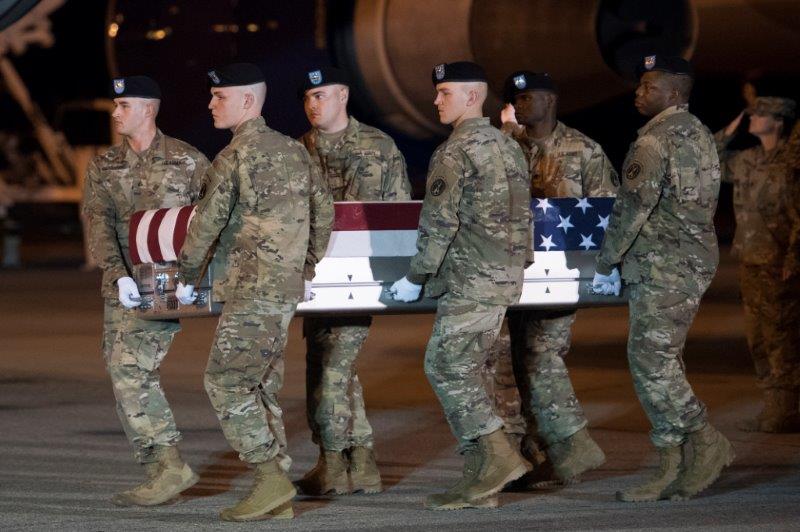 WASHINGTON (CN) — Nearly 400 people who were either wounded while serving in the U.S. military in Afghanistan or are family members of service members who died in the conflict sued a group of companies on Friday they say helped fund attacks against Americans by making protection payments to the Taliban.

“Defendants supported the Taliban for a simple reason: Defendants were all large Western companies with lucrative businesses in post-9/11 Afghanistan, and they all paid the Taliban to refrain from attacking their business interests,” the 288-page complaint filed in federal court in Washington, D.C. on Friday states. “Those protection payments aided and abetted terrorism by directly funding an al-Qaeda-backed Taliban insurgency that killed and injured thousands of Americans.”

Relying on confidential witnesses, internal documents and publicly available information from journalists, government watchdogs and congressional hearings, the complaint alleges companies that worked in war-torn Afghanistan commonly acceded to the Taliban’s mob-style demands for payment in exchange for the guarantee that their businesses interests would not be attacked.

One unnamed American executive who worked in Afghanistan is quoted in the complaint as saying “We don’t need any security if the payments are made. Nobody f—s with us.”

The payments allegedly climbed as high as 40% of the value of the company’s project and were often facilitated through subcontractors. The subcontractors, such as private security firms that were known to pay off the Taliban, would sometimes send money through Afghanistan’s traditional money transfer network, which can be hard to trace. Other times, the companies would simply hire Taliban operatives to work as guards.

The companies had significant interests to protect. One of the named defendants, the South African telecom firm MTN, was the largest cell-service provider in the country, while the other companies either had government development contracts or security deals.

“Defendants decided that buying off the terrorists was the most efficient way to operate their businesses while managing their own security risks – even though doing so jeopardized other American lives,” the complaint states.

The people bringing the suit are either military members who were hurt during Taliban attacks or the family of those who were killed. The group is represented by Joshua Branson with the D.C. firm Kellogg, Hansen, Todd, Figel & Frederick.

In one instance of alleged protection payments, ArmorGroup hired two Taliban “cutouts” who then received the nicknames Mr. Pink and Mr. White – a reference to the movie Reservoir Dogs. The company allegedly supplied the men with AK-47s and paid their salaries.

Patrick MacElroy, the senior director of external communications at Black & Veatch, said in a statement the company does not comment on pending litigation, but said the company followed the instructions of the U.S. government while doing its work in Afghanistan.

“We are proud of our record in successfully completing a number of projects in Afghanistan that helped more than double the amount of reliable power available to the country’s hospitals, schools, businesses and homes under its contract with USAID,” MacElroy said in a statement.

The lawsuit, brought under the Anti-Terrorism Act, seeks unspecified damages.