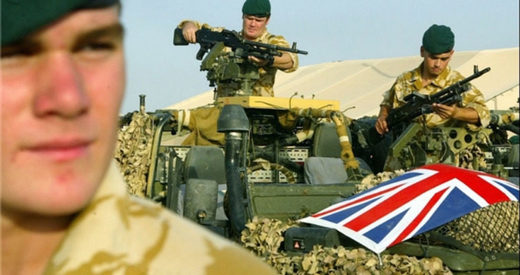 UK Defense Secretary Ben Wallace stated that the country must invest more resources in indigenous military hardware in order to reduce decades of dependence on the United States of America, The Sunday Times reported on Saturday.

“I worry if the United States withdraws from its leadership around the world, that would be bad for the world and bad for us. We plan for the worst and hope for the best. We are very dependent on American air cover and American intelligence, surveillance and reconnaissance assets. We need to diversify our assets,” Wallace said in an interview with the newspaper.

Wallace pointed out that US President Donald Trump has already taken some steps towards reducing the American military presence in the Middle East and replacing it with NATO’s capabilities.

Due to Britain’s high involvement in the North Atlantic alliance and the large contingent of military forces it deploys around the world in general, Wallace expressed concern that if Trump fulfills his promises to put “an end to these endless wars” and diminishes the US presence in conflict regions, the main burden will lie with London and other allies.

“Over the last year we’ve had the US pullout from Syria, the statement by Trump on Iraq where he said NATO should take over and do more in the Middle East,” he added.

In his Wednesday’s address to the nation, Trump said he would ask NATO to boost its involvement in the process in the Middle East.

Prior to that, the US announced the withdrawal of its troops from Syria, just before Turkish President Recep Tayyip Erdogan launched its “Peace Spring” offensive in the northeastern part of the country. The United States has also repeatedly urged its NATO allies to increase their investments in the military alliance, calling for equal “burden-sharing”.