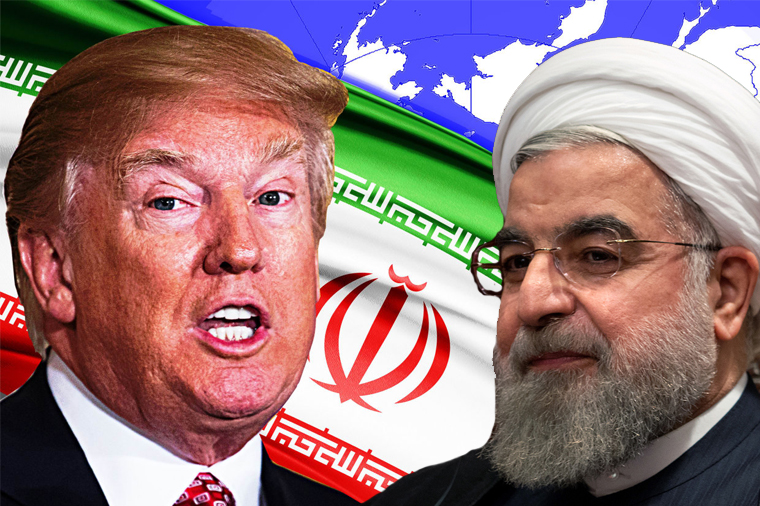 The stepping back from the brink of war last week seems to have been achieved by the Trump administration and Iran both working together behind the scenes to coordinate a face-saving de-escalation. Both sides knew war would be disastrous and balked. At least for now.

Iran’s barrage of ballistic missiles on two U.S. bases in Iraq in the early hours of January 8 was more a symbolic show of defiance by the Islamic Republic than any serious attempt to inflict American casualties.

What’s more, the Iranian attack seems to have been carried out with a level of U.S. connivance in order to give Trump an off-ramp from all-out war, while assuaging Iranian hardline demands for revenge over the American assassination of iconic General Qassem Soleimani.

Following the U.S. drone-killing of Quds Force commander Soleimani on January 3 in Iraqi capital Baghdad, Iranian political and military leaders were vowing to inflict massive bloodshed on American forces. When the revenge attack came on January 8, the results were evidently scaled back. Over a dozen missiles hit two American bases but there was not a single U.S. casualty. It was a deliberate off-ramp from war.

Recall too that Trump had made some extreme threats prior to the Iranian attack in which he warned that if Iran hit U.S. personnel or assets in the region, he would retaliate with crushing force. The arrival of six nuclear-capable B-52 bombers reportedon January 6 on the Indian Ocean island of Diego Garcia appeared to be part of Trump’s threat.

In the end, Iran it, it seems, was permitted to strike the U.S. bases in Iraq with impunity, thus claiming to have carried out a direct attack on American forces. That was quite a remarkable thing to do, to hit U.S. bases. But, with no loss of American lives, Trump was permitted to respond with (surprising) leniency, and with a tone of triumphalism that Iran was “standing down”.

Hours after the Iranian missile attack, Trump held a press conference at the White House. The sense of relief in his opening remarks was palpable. War would not be happening after all, despite his earlier bellicose statements threatening Iran.

The president said: “I’m pleased to inform you, the American people should be extremely grateful and happy. No Americans were harmed in last night’s attack by the Iranian regime. We suffered no casualties. All of our soldiers are safe, and only minimal damage was sustained at our military bases.”

Trump added: “Our great American forces are prepared for anything.

Iran appears to be standing down, which is a good thing for all parties concerned and a very good thing for the world. No American or Iraqi lives were lost, because of the precautions taken, the dispersal of forces, and an early warning system that worked very well.”

When Trump said American forces “are prepared for anything” that was his typical blustering, self-congratulatory style. Because, arguably, it was the Iranians who had actually helped the U.S. forces be prepared to take shelter ahead of the missile launch.

That may seem like a bit of a stretch. Trump and his arch-enemy Iran working together to de-escalate?

But think about it. What are the chances of zero U.S. casualties if the Iranians had been really intent on exacting harsh revenge for General Soleimani’s death?

There were reports that the missiles used were liquid-fueled warheads, not more deadly solid-fueled models that Iran has in its ballistic arsenal. Several of the missiles missed their targets, and did not explode on impact. Those munitions which did reach the two U.S. bases hit empty hangars or waste ground within the base perimeters. At Ain al-Assad base in western Iraq – the largest U.S. base housing 1,000 soldiers – troops were safely out of harm’s way.

Note how Trump said in his address that no lives were lost “because of dispersal of forces and an early warning system that worked well”.

That suggests the U.S. was given ample warning by the Iranians to make sure its forces were bunkered down.

Several media reports claimed that Pentagon officials had advanced warning of the impending Iranian attacks. The warning was not due to American intelligence beating the Iranian strike plans. Rather, it is contended here, the warnings were from the Iranians themselves.

We can surmise this communication took place through the Iraqi government which was alerted to the attacks several hours before by Iran, or through Swiss authorities who act as an unofficial conduit between Washington and Tehran. U.S. media reportssaid there was an uptick in Iranian communications to Washington through the Swiss embassy in Tehran. The message being conveyed was that the missile strikes on the U.S. bases were a one-off retaliation, not a beginning of escalation. Also, it was understood by U.S. officials that the strikes were not intended to cause deaths.

Going back to the dramatic day of General Soleimani’s killing on January 3, it was reported then, but not widely, that Iran had received communication from the U.S. only hours after the deadly drone attack.

Fadavi, the IRGC commander, was quoted as scoffing at the American proposal for a limited Iranian retaliation strike – a strike which essentially would be for show, not for war. “The Americans must await severe revenge. This revenge will not be limited [for] Iran,” he said.

However, in the light of the limited, bloodless Iranian strikes on the two U.S. bases in Iraq that looks like what exactly ensued. The Iranians decided to work with the Trump administration to find a way back from the brink of war.

Trump’s order to kill General Soleimani was typical of his erratic, impetuous decision-making. It was likely done, as Tom Luongo argues, for macho display to appease hawkish Republicans over the impending impeachment trial, and without Trump realizing the enormity of the consequences.

Thus, Trump had suddenly found himself on the path to war which his big mouth was making all the more precipitous. Iran had also joined the path to war by furiously talking up revenge for Soleimani. But in the end, both sides knew they couldn’t afford an all-out war. The Iranians decided to take the American offer of deploying symbolic strikes – and, in that way, allowed both sides to save face.

The trouble is though, Trump’s unhinged hostile rhetoric towards Iran suggests that the off-ramp from war is only a temporary pause.