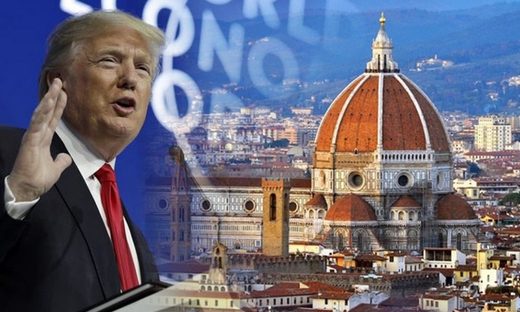 If there is one thing you are not allowed to do while mingling with the technocrats in Switzerland during the annual Davos Economic Summit is criticism Malthusianism (the cynical belief that mankind must adapt to nature’s limits rather than make creative discoveries). If one truly wishes to be seen as a complete pariah when in the company of Davos oligarchs, simply add a defense of sovereign nation states, protective tariffs and human creative reason to your speech and you are sure to receive about as much hate as any statesman could ever expect in a lifetime.

President Trump obviously either didn’t get the list of “things not to say when in the presence of the world’s financial elite” or just didn’t care. My guess is the latter.

After speaking of the success of new trade deals with China, and the overthrow NAFTA with the new US-Mexico-Canada Deal which permits nation states to play a role in the economy after 25 years of outsourcing, Trump distanced himself from the neocons swarming his administration pushing for war with China (and everyone else) saying “our relationship with China has never been better” and that while Xi is “for China and I’m for the U.S., but other than that we love each other.”

Suddenly, around the 24 minute mark, President Trump shifted gears and took full aim at the Malthusian Agenda which has sat atop the technocratic priesthood running the Davos Forum since it’s founding in 1971. Here Trump raised eyebrows saying:

“This is not a time for pessimism. This is a time for optimism. Fear and doubt is not a good thought process, because this is a time for tremendous hope, and joy, and optimism and action. But to embrace the possibilities of tomorrow, we must reject the perennial prophets of doom, and their predictions of the apocalypse. They are the heirs of yesterday’s foolish fortunetellers, and I have them, and you have them, and we all have them, and they want to see us do badly, but we don’t let that happen.

“They predicted an overpopulation crisis in the 1960s, mass starvation in the 70s, and an end of oil in the 1990s. These alarmists always demand the same thing:absolute power to dominate, transform and control every aspect of our lives. We will never let radical socialists destroy our economy, wreck our country, or eradicate our liberty. America will always be the proud, strong, and unyielding bastion of freedom. In America, we understand what the pessimists refuse to see — that a growing and vibrant market economy, focused on the future, lifts the human spirit and excites creativity, strong enough to overcome any challenge, any challenge by far.”

“The great scientific breakthroughs of the 20th century, from penicillin, to high-yield wheat, to modern transportation and breakthrough vaccines, have lifted living standards and saved billions of lives around the world, and we’re continuing to work on things that you’ll be hearing about in the near future, that even today, sitting here right now, you wouldn’t believe it’s possible that we have found the answers: you’ll be hearing about it.

But we have found answers to things that people said would not be possible — certainly not in a very short period of time. But the wonders of the last century will pale in comparison to what today’s young innovators will achieve, because they are doing things that nobody thought even feasible to begin! We continue to embrace technology, not to shun it. When people are free to innovate, millions will live longer, happier, healthier lives For three years now, America has shown the world that the path to a prosperous future begins with putting workers first: choosing growth, and freeing entrepreneurs to bring their dreams to life.”

The President then did something unheard of, by introducing the great discoveries of the Golden Renaissance which ALL Malthusians from Prince Philip to Paul Ehrlich, David Suzuki and Al Gore point to as the moment humanity “went wrong” and population growth began skyrocketing at rates never before seen. In the eyes of such Malthusians the dark age is a much more sustainable period of human society, as the masses stayed ignorant, diseased and depopulated while the royals and their entourage lounged gloriously in their castles. 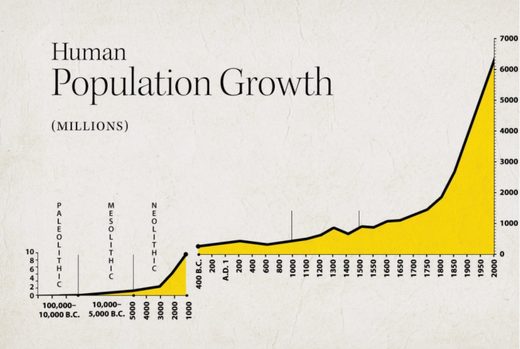 While the oligarchy tries to use these measurements to “prove” that humanity is just another malignant cancer killing Gaia unless human population can be driven down to “sustainable levels” which most computer models agree vary between 500 million to 2 billion, actual human beings who still have access to their morality don’t quite see it that way. What Trump did next was firmly distinguish himself as a member of the human species by describing the Renaissance project which some have called “the Apollo Project of the 15th century”: the Duome of the Santa Maria del Fioro in Florence and Notre Dame Cathedral in Paris. He did this to emphasize something fundamental about human nature which is rarely permitted in Davos Forums:

“For anyone who doubts what is possible in the future we need only look at the towering achievements of the past. Only a few hundred miles from here are some of the great cities of Europe — teeming centers of commerce and culture. Each of them is full of reminders of what human drive and imagination can achieve.

“Centuries ago, at the time of the Renaissance, skilled craftsmen and laborers looked upwards and built the structures that still touch the human heart. To this day some of the greatest structures in the world have been built hundreds of years ago. In Italy the citizens once started construction on what would be a 140-year project, the Duomo of Florence, incredible, incredible place. While the technology did not yet exist to complete their design, city fathers forged ahead anyway, certain that they would figure it out someday. These citizens of Florence did not except limits to their high aspirations, and so the great dome was finally built….”

Describing the reconstruction of the Notre Dame Cathedral that was lit afire last year, Trump ended his speech with the important insight that true creativity, morality and freedom which distinguishes humanity from other animals (a fact which Malthusians refuse to admit), is located in our connection to the future and the past which transcend our mortal lives:

“The great bells will once again ring out for all to hear giving glory to god and filling millions with wonder and awe. The cathedrals of Europe teach us to pursue big dreams, daring adventures and unbridled ambitions. They urge us to consider not only what we build today but what will endure long after we are gone. They testify to the power of ordinary people to realize extraordinary achievements when united by a grand and noble purpose.”

Years of pessimism may prevent many readers from allowing themselves to believe the truth of those statements enunciated by Trump, and many cynics may wish to ignore their validity simply because they come from Trump whom they are committed to hating… others perhaps may defend Trump yet their own cynicism and Malthusian sympathies may blind them to the validity of the points developed in this speech and the battle lines which have actually been drawn. Whether you like it or not, those battle lines dividing the two views of mankind as a cancer on the one side vs a creature of divine reason on the other do exist. It is up to each of us to decide which side we wish to represent.