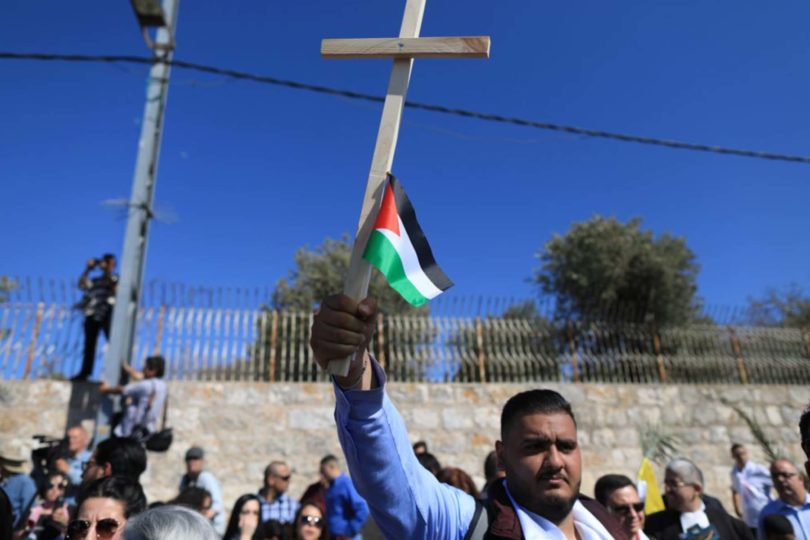 Zionist Israel is a special kind ofevil, not just because of the racist ideology on which it was founded and the inhumane manner it treats its Palestinian victims, but also because of the pernicious way it’s been implementing these agendas.

Said maleficence is being perpetrated by a bunch of people who lie about their identity (i.e., they don’t tell you they are impostors pretending to be the Hebrews of the bible), while simultaneously camouflaging themselves as Victims – instead of revealing their true origins and showing themselves for who they really are, the Victimizers.

Such underhanded subterfuge is unique in history, which explains why so many have fallen for it.

Nevertheless, evil by any other name or wrapper is still evil; and unfortunately for the evildoers, evil doesn’t last forever. That’s because God takes special joy in tearing down maleficent entities.

First, He allows them to become powerful, seemingly invincible; then, He shatters them – forever: the racists behind Segregation in the US and Apartheid in South Africa are just a few recent examples.

Mahatma Ghandi said it best: “When I despair, I remember that all through history the way of truth and love have always won. There have been tyrants and murderers, and for a time, they can seem invincible, but in the end, they always fall. Think of it — always.”

In addition, Palestinians are carrying a heavy load for the Christian faith, whether they realize it or not. That’s why Christians everywhere must join them in their struggle against Apartheid Israel.

The very presence of Talmudic Jewish impostors in historic Palestine is the working of dark spiritual forces, which are trying to destroy the New Covenant of Christ by “resurrecting” the obsolete Old Covenant, using converted pharisaic Jews who are NOT even remotely descendants of the patriarch Abraham.

In so doing, they hope to totally muddy up the Christian faith, and obscure the truth of the superseded Old Covenant and of Christ’s fulfilled prophecies concerning the total annihilation of the Hebrew people and the destruction of Jerusalem, which took place in 70 .

“For the land is full of adulterers; it mourns because of the curse. Their pastures have dried up into a wilderness. Their course also is evil, and their might is not right.” Jeremiah 23: 10

There has not been peace in the Middle East the moment non-Hebraic, pharisaic Jews set their sight on Palestine and created Israel in 1948.

The founding of that country was forged on lies, especially on the misrepresentation that today’s Jews are Hebrews rightfully taking possession of inherited land, when in fact they’re NOT Hebrews at all – all Hebrews are irrevocably dead, their land inheritance buried along with them.

o to all Palestinians, we say:

“Keep pressing forward because we are right there with you, constantly ‘assaulting’ God’s throne with prayers on your behalf.

“Furthermore, the New Covenant of God’s son, Jesus the Christ, is being trampled underfoot by these impostors who occupy your land; consequently, God will personally deal with them. So fret not! Help is on its way and Victory is certain! God will make sure of it.”

“God is just: He will pay back trouble to those who trouble you.” 2 Thessalonians 1:6