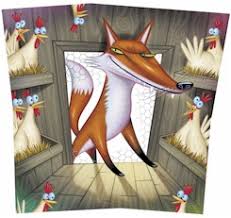 Does cyber security worry you? Well it should. As things stand right now ‘bad actors’ are capable of accessing and corrupting all of your private data, listen to what you say, know what you buy, read what you write, know what you watch on the internet and TV.Maybe even know what you’re thinking. And this doesn’t apply just to individuals but to corporations and government as well. Almost everything is reachable. If they get nasty they could bring down power and other utility systems,cause aircraft to plummet from the skies and cripple most commercial activity by disabling the internet. Within weeks cities would become Mad Max dystopias and while rural areas could survive longer they’d soon be targeted by roaming gangs fleeing the cities and would be reduced to subsistence living in due course. I’m absolutely serious about this and I’ve had direct first hand experience of the subject area over many decades.

This could happen because much of the software, firmware and hardware that runs civilisation as we know it has been hopelessly compromised by, inter alia, pre-installed Trojan software just waiting to be activated and back-doors through which malware can be introduced at will. Think of the Stuxnet virus that blew nearly half of the centrifuges at Iran’s Natanz nuclear facilities. Taking down a whole regional power grid in America would be child’s play by comparison.I’m not exaggerating and I’m deadly serious. 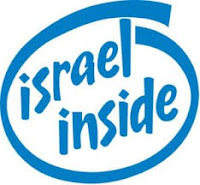 Is there any way of managing the risk? Well actually help is at hand.None other than Bibi Netanyahu has offered to provide an Israeli-lead Cyber Security World Order.He’s certainly well positioned to implement it.Off the top of my head I can name companies across the full range of information and communications technologies owned or controlled by Israeli companies and/or their sayanim in the West. Payment gateways and processing, encryption, antivirus and data security products, databases, telecoms billing and mediation technologies, microprocessors, remote flight interception technologies, internet search, instant messaging, artificial intelligence, data mining, social media platforms…. In other words full-spectrum oversight if not control. Trust me on this: These products are riddled with back-doors and Trojans. They’re as porous as a sieve. Also trust me when I say that the Israelis and their sayanim now have enough power to bring the West to a standstill.

Maybe Bibi’s offering is in the finest traditions of Jewish out-group altruism. Or maybe not. Call me cynical but instead I’m minded of Tony Soprano complimenting a celebrity chef ‘Nice restaurant. Shame if it burned down’. You may well wonder if those at the apex of America’s national security colossus could have been so derelict in their duty to allow such a catastrophe occur. Unfortunately the American alphabet agencies are riddled with sayanim and actual Israelis. The highest strategic level of ‘national security’ is almost Ziocon Central and a “Chabad Lubavitch LinkedWoman Related To One of the Wealthiest Jewish Families in U.S. [has been] Named Cybersecurity Chief For NSA”. And I’ve written on how Lubivichers see us goyim. (Hint: they loathe and despise us). Former CIA analyst Philip Geraldi has exposed how former USAF Chief of Staff James Abrahamson appointed an Israeli named Lani Cass to oversee the Air Force’s most secret cyber capabilities including nuclear codes. Hard to believe but Cass was born, raised, and educated in Israel, is fluent in Russian and reportedly reached the rank of major in the Israeli air forcebefore moving to the United States where she was rapidly magicked into overseeing cyber security on behalf of Israelthe United States. You couldn’t make this stuff up. 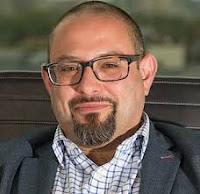 Are things any better in Britain? Well judge for yourself. The new Director General for Cyber Security at GCHQ is ….. Dr Ian Levy.I’m sure this sweet-looking gentleman is dedicating his life to protecting his people.Whoever they might be. I know I now sleep more peacefully at night knowing that my cyber security is in his hands.

How did the Israel/sayanim nexus come to acquire near omnipotence in this arena? Remember that only a few decades ago Israel was but a niche player and the great technology inventions were the work of goyim geniuses. I offer a number of explanations. First there was the well-documented outright theft of intellectual property from Government, corporations and universities. Then there was the cuckoo-in-the-nest strategy whereby breakthrough technology companies were gradually taken over by Jewish stakeholders, continually pushing out goyim and replacing them with Jews until the latter had de facto control. I have direct first hand knowledge of Intel, Microsoft and EMC where I was able to witness the process play out.

Then there’s technology lawfare whereby Jews use Jewish judges and other powerful figures to neutralise their criminality. Facebook is an excellent example. In a nutshell Zuckerberg stole the idea and much of the code from theWinklevoss twins at Harvard. The latter’s appeals foundered within Harvard where the two key decision-makers were Jewish.  Their final appeal was held before Chief Judge Alex Kozinski, a Roumanian Jew, who threw the book at them.(Can’t you just see his eyes glow with the thirst for justice?Actually this guy

subsequently forced to resign in disgrace for doing a Harvey Weinstein with his staff.) His judgement on the Winklevoss case: “The Winklevosses are not the first parties bested by a competitor who then seek to gain through litigation what they were unable to achieve in the marketplace.And the courts might have obliged, had the Winklevosses not settled their dispute and signed a release of all claims against Facebook.” Seeing the writing on the wall the twins settled for a tiny fraction of Facebook’s value. Then there’s financial engineering whereby cash-strapped innovators are forced to cede ownership to those-with-access to-unlimited-financial-resources.

America and Britain (I’m not in a position to assess other Western countries) have been sold out and hollowed out. It can fairly be said that the new paradigm is ‘designed in Israel, manufactured in China’. Whole swathes of America resemble the Third World as formerly thriving cohesive communities based on secure well-paying jobs come to terms with the new reality. This says nothing of the loss of sovereignty and security. The depth and breath of the treachery exhibited by the country’s bribed or blackmailed leaders has been nothing short of breathtaking. Has its like ever been seen before, whereby the world’s most powerful country allowed itself be taken over by a tiny hostile foreign race (who never hesitated to pass on latest military technology to America’s enemies), bled dry and rendered into a hollowed-out husk? A husk that can be sustained for a little longer only by its ability to print money, a power itself dependent on its rapidly declining military might. 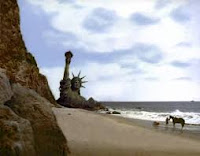 Nothing beside remains.Round the decay

Of that colossal wreck, boundless and bare

The lone and level sands stretch far away

What powerful but unrecorded race

Once dwelt in that annihilated place?

Sorry for the black pill but ‘they’ have us by the balls.They have every angle covered. We’re the chickens in the hen-house.