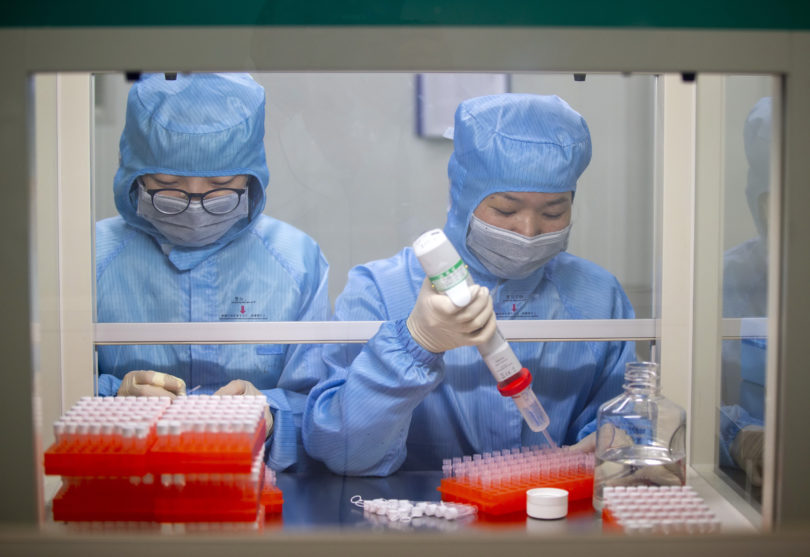 Continuing my series on China and the supposed coronavirus epidemic…

Let’s suppose someone wanted to teach China a lesson. Perhaps a group of elite Globalists. They want to flex their muscles and bring China to heel.

“Okay, boys, let’s stage an epidemic there in a major city. Hit them hard. Cause major economic damage. How do we do it?”

That’s an important question, because germs are notoriously unpredictable.

Some years ago, I wrote a piece about staging a bioterror attack. I used the example of a small town in the US as the target. But what I wrote could be adapted to a large city. Or several large cities—launched by psychopathic lunatics.

Again, the vital point is: using germs is a loser. It’s not predictable.

Here is the piece I wrote about another tactic:

How to stage a fake bioterror attack

“Imagine this. A big-time doctor from the US Biological Warfare Group waddles into a meeting room, where a collection of Army, CIA, NSA, and DHS representatives sit quietly in their chairs. He says: ‘So I understand you boys want to put on a little domestic bioterror show, to keep the natives from becoming too restless. Well, the first thing you need to know is, germs don’t obey orders. Forget all that sci-fi nonsense. Germs work and they don’t work. It’s a crapshoot. You could have a big fat dud on your hands. I can tell you how to make it work, though, if you give up on your fancy high-tech wet dreams…” (The Underground, Jon Rappoport)

The primary fact is: no matter what kind of germ you’re talking about or where it came from, releasing it intentionally does not guarantee predictable results. Far from it.

For instance, people whose immune systems operate at different levels of strength are going to react differently.

The perpetrators may find that far less than 1% of people exposed get sick or die.

But there is another strategy that should be understood:

The use of a germ as a cover story for a chemical.

In other words, there is no germ attack. It’s called a germ attack, but that’s a lie. The perps bring in researchers to the affected area, who go on to claim they have isolated a germ that is the cause of death and illness. It’s a sham. What really happened was:

The spread of a toxic chemical that can’t be detected, unless you’re looking for it.

The chemical has severe, deadly, and predictable effects for a week or two. Then it disperses and loses potency and the “epidemic” is done.

In some town, a fairly isolated community, the word goes out that people are suddenly falling ill and dying. The CDC and the Army are called in to cordon off the area and quarantine all citizens. A peremptory announcement is made, early on, that this is a biowar attack.

Major media are allowed outside the periphery. Network news anchors set up on-location and do their wall to wall broadcasts “from the scene.”

The entire nation, the entire world, is riveted on the event, 24/7.

People inside the cordon fall ill and die. Reports emerge from the town:

The networks state that “heroic doctors are taking samples of blood and the blood is being analyzed to find the germ that is causing the epidemic.” The DOD confirms over and over that this is, indeed, a biowar attack.

Human interest stories pile up. This family lost three members, that family lost everybody. Tragedy and horror produce the desired empathic response from “the world community.”

It’s a soap opera, except real people are dying.

The medical cartel promotes fear of the germ.

All controlling entities obtain their piece of the terrorist pie.

Finally, the doctors announce they have isolated the germ causing death in the small town, and researchers are rushing to develop a vaccine (which they produce in record time).

Everyone everywhere must be vaccinated, now. No choice. Do it or be quarantined or jailed.

In this declared martial law situation, the doctors are the heroes. The doctors and the Army. And the government, and even the media.

Then, after a few weeks, when the potency of the secret chemical has dispersed, it’s over.

In the wake of a staged “biowar” terror attack, new laws are enacted. The State clamps down harder on basic freedoms. The right to travel is curtailed. Criticizing the authorities is viewed as highly illegal. Freedom of assembly is limited.

“Citizens must cooperate. We’re all in this together.”

A new federal law mandating the CDC schedule of vaccines for every child and adult—no exceptions permitted—is rushed through the Congress and signed by the President.

There are people who are determined to inflate the dangers of germs. They trumpet every “new” germ as the end of humankind on the planet. They especially sound the alarm when researchers claim a germ may have mutated or jumped from animals to humans.

However, if you check into actual confirmed cases of death from recent so-called epidemics, such as West Nile, SARS, bird flu, Swine Flu, Ebola, and Zika, the numbers of deaths are incredibly low.

If political criminals, behind the scenes, wanted to stage a confined “biowar” event, they would choose a chemical, not a germ, and they would leverage such an event to curtail freedom.

Understand: researchers behind sealed doors in labs can claim, with unassailable ease, that they’ve found a germ that causes an outbreak. Almost no one challenges such an assertion.

This was the case, for example, with the vaunted SARS epidemic (a dud), in 2003, when 10 World Health Organization (WHO) labs, walled off from view, in communication with each other via closed circuit, announced they’d isolated a coronavirus as the culprit.

Later, in Canada, a WHO microbiologist, Frank Plummer, wandered off the reservation and told reporters he was puzzled by the fact that fewer and fewer SARS patients “had the coronavirus.” This was tantamount to confessing that the whole research effort had been a failure and a sham—but after a day or so of coverage, the press fell silent.

SARS was a nonsensical farce. Diagnosed patients had ordinary seasonal flu or a collection of familiar symptoms that could result from many different causes.

But the propaganda effort was a stunning success. Populations were frightened. The need for vaccines, in the public mind, was exacerbated.

Several years ago, I spoke with a biologist about the fake bioterror scenario I’ve sketched out above. His comment was: “Do you think any mainstream scientist would dare go into that cordoned-off town and actually check the area for a highly toxic chemical? He’d be blackballed, exiled, and discredited in a minute. The authorities would call him crazy. And that’s if he were lucky.”

Such is “science,” these days. A researcher can discover anything he wants to, if it’s approved. Otherwise, the door is closed.