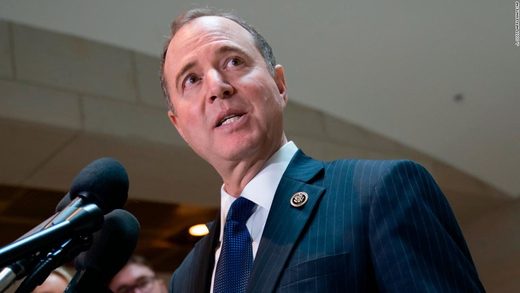 On Jan 15, 2020, the Association of American Physicians and Surgeons, along with Katarina Verrelli, on behalf of herself and others who seek access to vaccine information, filed suit in the U.S. District Court for the District of Columbia. Plaintiffs allege that Defendant Adam Schiff has abused government power and infringed on their free-speech rights.

“Who appointed Congressman Adam Schiff as Censor-in-Chief?” asks AAPS General Counsel. “No one did, and he should not be misusing his position to censor speech on the internet.”

In February and March 2019, Rep. Schiff contacted Google, Facebook, and Amazon, to encourage them to de-platform or discredit what Schiff asserted to be inaccurate information on vaccines. He then posted the letters and press release on the House.gov website.

Within 24 hours of Schiff’s letter to Amazon dated Mar 1, 2019, Amazon removed the popular videos Vaxxedand Shoot ‘Em Up: the Truth About Vaccines from its platform for streaming videos, depriving members of the public of convenient access.

Under a policy announced in May 2019, Twitter includes a pro-government disclaimer placed above search results for an AAPS article on vaccine mandates: “Know the Facts. To make sure you get the best information on vaccination, resources are available from the US Department of Health and Human Services.” The implication of this disclaimer is that if information is not on a government website, then it is somehow less credible.

On Facebook, a search for an AAPS article on vaccines, which previously would lead directly to the AAPS article, now produces search results containing links to the World Health Organization (WHO), the National Institutes of Health, and the Centers for Disease Control and Prevention (CDC). Visits to the AAPS website have declined significantly since March 2019, both in absolute terms and relative to the decline that would result from a story’s losing its recency.

Dr. Orient continues, “AAPS is not ‘anti-vaccine,’ but rather supports informed consent, based on an understanding of the full range of medical, legal, and economic considerations relevant to vaccination and any other medical intervention, which inevitably involves risks as well as benefits.”

AAPS argues in the complaint against Rep. Schiff: “The First Amendment protects the rights of free speech and association. Included within the right of free speech is a right to receive information from willing speakers. Under the First Amendment, Americans have the right to hear all sides of every issue and to make their own judgments about those issues without government interference or limitations. Content-based restrictions on speech are presumptively unconstitutional, and courts analyze such restrictions under strict scrutiny.”

TheAssociation of American Physicians and Surgeons (AAPS) is a national organization representing physicians in all specialties since 1943.