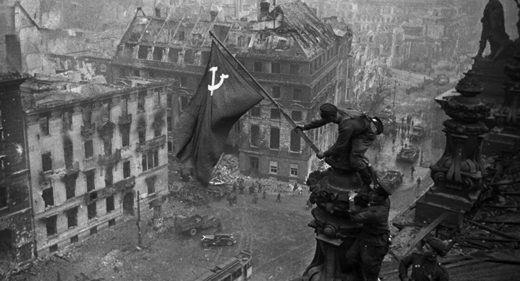 Earlier in January, the Polish parliament adopted a resolution declaring that the Soviet Union carries equal responsibility with Nazi Germany for the beginning of World War II.

Russian President Vladimir Putin has commented on Western attempts to rewrite the history of World War II, saying that Russia doesn’t have to prove anything to anyone, and “we have to do everything so that we preserve the truth”.

“We don’t have to prove anything to anyone and we should do something else. We must do everything so that this truth is not forgotten. We must contrast this with objective information, which we have enough of”, he said in an interview with the channel Rossiya 1.

In connection with this, Putin recalled the creation of a centre for archival photo and video materials, “which for decades to come, and maybe a much longer period in advance, will not allow anyone to distort history in order to achieve some of their immediate political goals, to damage memory of our people, the memory of our fathers, grandfathers, who gave their lives in the fight against Nazism”.

The statement follows Foreign Minister Sergei Lavrov’s comment during his annual press conference when he said that Russia will strive to protect the memory of the Second World War from historical revisionism, adding that Russia is looking forward to welcoming foreign leaders to Moscow in May for the 75th anniversary of the end of hostilities.

Russia has become locked in a dispute with Poland and the Baltic States over the origins of the Second World Warafter the European Parliament passed a resolution in September about the remembrance and history of the conflict. The resolution stated that the 1939 non-aggression treaty signed by the Soviet Union and Nazi Germany led to the start of the war.

Russian President Vladimir Putin has vehemently denied the claims, stating that the Soviet Union was not the only country to have signed a deal with Nazi Germany. Speaking at the annual extended meeting of the Russian Defence Ministry’s board in December, Putin cited archival documents that suggest Polish Ambassador to Germany Jozef Lipski met with leading Nazi officials in 1938 to discuss Germany’s plan to expel Jews to Africa.