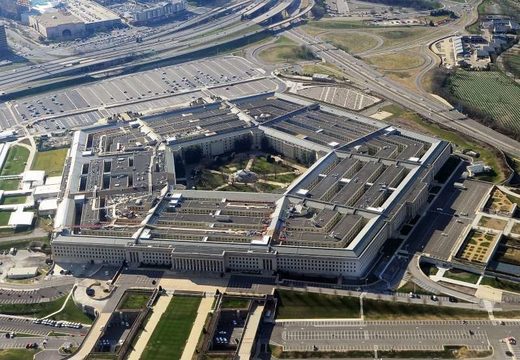 The Pentagon made $35 trillion in accounting adjustments last year alone — a total that’s larger than the entire U.S. economy and underscores the Defense Department’s continuing difficulty in balancing its books.

The latest estimate is up from $30.7 trillion in 2018 and $29 trillion in 2017, the first year adjustments were tracked in a concerted way, according to Pentagon figures and a lawmaker who’s pursued the accounting morass.

The figure dwarfs the $738 billion of defense-related funding in the latest U.S. budget, a spending plan that includes the most expensive weapons systems in the world including the F-35 jet as well as new aircraft carriers, destroyers and submarines.

“Within that $30 trillion is a lot of double, triple, and quadruple counting of the same money as it got moved between accounts,” said Todd Harrison, a Pentagon budget expert with the Center for Strategic and International Studies.

The Defense Department acknowledged that it failed its first-ever audit in 2018 and then again last year, when it reviewed $2.7 trillion in assets and $2.6 trillion in liabilities. While auditors found no evidence of fraud in the review of finances that Congress required, they flagged a laundry list of problems, including accounting adjustments.

Although it gets scant public attention compared with airstrikes, troop deployments, sexual assault statistics or major weapons programs, the reliability of the Pentagon’s financial statement is an indication of how effectively the military manages its resources considering that it receives over half of discretionary domestic spending.

The military services make adjustments, some automatic and some manual, on a monthly and quarterly basis, and those actions are consolidated by the Pentagon’s primary finance and accounting service and submitted to the Treasury.

There were 546,433 adjustments in fiscal 2017 and 562,568 in 2018, according to figures provided by Representative Jackie Speier, who asked the Government Accountability Office to investigate. The watchdog agency will release a report on the subject Wednesday after reviewing more than 200,000 fourth-quarter 2018 adjustments totaling $15 trillion.

The “combined errors, shorthand, and sloppy record-keeping by DoD accountants do add up to a number nearly 1.5 times the size of the U.S. economy,” said Speier, a California Democrat. The report shows the Pentagon “employs accounting adjustments like a contractor paints over mold. Their priority is making the situation look manageable, not solving the underlying problem,” she said.

Mark Easton, the Defense Department’s deputy chief financial officer, wrote the GAO that in response to its audit the department “is actively developing strategies” to reduce accounting adjustments.

Pentagon spokesman Christopher Sherwood said that “annually, DoD has hundreds of billions of dollars of financial activity, and accounting adjustments are sometimes used to record activity in our financial reporting systems due to a lack of system capabilities or interfaces.”

As an example of how the dollar figures multiply, Sherwood said recognizing $800 million due a contractor in previously unrecorded payments “requires multiple accounting adjustments that net to $0 but could total over $5 billion” in movement between accounts.

The GAO estimated based on a sample that at least 96% of 181,947 automatic adjustments made in the fourth quarter of fiscal 2018 “didn’t have adequate supporting documentation.”

“In layman’s terms, this means that the DoD made adjustments to accounting records without having documentation to support the need or amount for the adjustment,” said Dwrena Allen, spokeswoman for the Pentagon’s inspector general. “The size and scope of unsupported adjustments is deeply concerning because it tells a story of poor internal controls and lack of financial data integrity.”

While the Defense Department couldn’t “adequately support all accounting adjustments, that does not mean they were inaccurate or erroneous,” said Allen. But “because the DoD could not provide support, the auditors could not draw conclusions regarding the adjustments.”