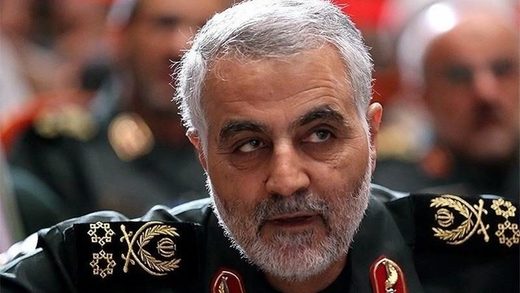 [H]ypersonics are a weaponized moral hazard for states with a taste for intervention, because they erase barriers to picking fights. Is an adversary building something that might be a weapons factory? Is there an individual in an unfriendly country who cannot be apprehended? What if the former commander of Iran’s Revolutionary Guards, Qassem Soleimani, visits Baghdad for a meeting and you know the address? The temptations to use hypersonic missiles will be many.

Oddly, he describes Soleimani as the “former commander of Iran’s Revolutionary Guards,” when he was in fact in charge of the Guards’ Quds Force until his death.

The Times tweeted the article at 1:38 p.m. EST, several hours before the strike.

Hypersonic missiles “have long been an object of desire by Russian, Chinese and American military leaders, for obvious reasons: Launched from any of these countries, they could reach any other within minutes,” writes Steven Simon of @QuincyInst https://t.co/agmLBUx2uP

Um what the fuck pic.twitter.com/RlH6SsrP52

While US officials told Reuters that a drone – not a hypersonic weapon – took out Soleimani, it’s incredibly curious that Simon, Obama’s former senior director for the Middle East and North Africa on the National Security Council, wrote of his assassination literally hours before it happened, where he suggested it might happen.

If that’s accurate, the #Trump admin just ratcheted up the ante in #Iraq in a big way. pic.twitter.com/p784XmVVq7

According to his bio, Simon is an adjunct senior fellow for Middle Eastern studies at the Council on Foreign Relations (CFR), as well as an adjunct professor of security studies at Georgetown University.

He was also a Goldman Sachs visiting professor of policy at Princeton University, as well as the deputy director of the International Institute for Strategic Studies and a senior analyst at the RAND corporation.

Study: Hypersonic missiles are a game changer. The United States, Russia, and China should agree to export controls. https://t.co/MH7Wn8UfBH