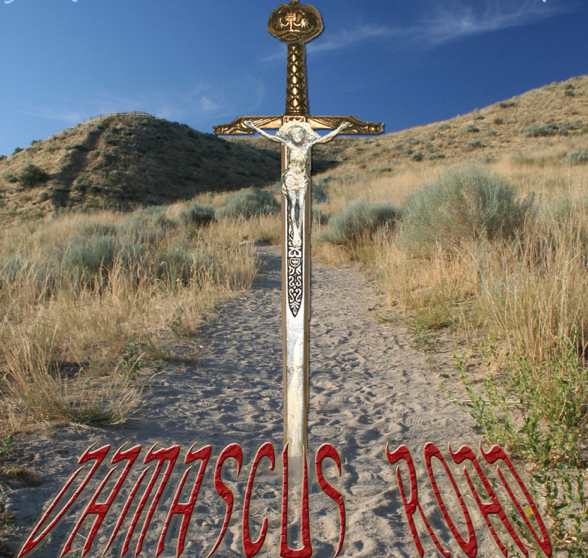 Alert Reader offers this open letter to our President.

There is an American poet, Robert Frost, who was much favored in years past, but is now deceased. One of his greatest works was the “The Road Not Taken:”

Two roads diverged in a yellow wood,
And sorry I could not travel both
And be one traveler, long I stood
And looked down one as far as I could
To where it bent in the undergrowth;
Then took the other, as just as fair,
And having perhaps the better claim,
Because it was grassy and wanted wear;
Though as for that the passing there
Had worn them really about the same,
And both that morning equally lay
In leaves no step had trodden black.
Oh, I kept the first for another day!
Yet knowing how way leads on to way,
I doubted if I should ever come back.
I shall be telling this with a sigh
Somewhere ages and ages hence:
Two roads diverged in a wood, and I—
I took the one less traveled by,
And that has made all the difference.

The poem echoes and highlights the truth that God endowed humanity with the free will for each individual to choose the path in life that best serves their pursuit for value fulfillment. Such choice allows for the well worn path to be taken or the unique path that others are afraid to travel.

Recently, the President Vladimir Putin of Russia and the President Bashar Assad of Syria jointly visited the Orthodox Christian church of the Virgin Mary in Damascus. It is ancient place whose lineage dates to the beginning of Christianity. It is built upon land adjacent to the Straight Road, which is the famous “Road to Damascus” taken by Saul/Paul and upon which he experienced the start of his conversion to Christianity. Within that church, Presidents Putin and Assad joked that you should be invited to walk that road for you would be better for it. I advise you to decline any such offer and instead take the “Road to Emmaus.”

So many centuries ago, Saul/Paul walked the “Road to Damascus”in a state of anger, desiring violence upon the people of that city. En route to his destination, he was cast down upon the ground and made blind by a great light from which the voice and appearance of Jesus occurred. From the Book of Acts, Chapter 9:1-9 (KJV)

1 And Saul, yet breathing out threatenings and slaughter against the disciples of the Lord, went unto the high priest,

2 And desired of him letters to Damascus to the synagogues, that if he found any of this way, whether they were men or women, he might bring them bound unto Jerusalem.

3 And as he journeyed, he came near Damascus: and suddenly there shined round about him a light from heaven:

4 And he fell to the earth, and heard a voice saying unto him, Saul, Saul, why persecutest thou me?

5 And he said, Who art thou, Lord? And the Lord said, I am Jesus whom thou persecutest:it is hard for thee to kick against the pricks.

6 And he trembling and astonished said, Lord, what wilt thou have me to do? And the Lord said unto him, Arise, and go into the city, and it shall be told thee what thou must do.

7 And the men which journeyed with him stood speechless, hearing a voice, but seeing no man.

8 And Saul arose from the earth; and when his eyes were opened, he saw no man: but they led him by the hand, and brought him into Damascus.

9 And he was three days without sight, and neither did eat nor drink.

Eventually, peace came upon him, but only after the three days of much pain, suffering and anguish.Contrast Paul’s conversion to that others that traveled on the “Road to Emmaus.” Cleopas and his wife,
having been witnesses to the crucifiction of Jesus upon a cross of wood, were distraught, saddened and abandoned of all hope. While returning home along the Road to Emmaus, they met a man who
accompanied them offering conversation. His words were more than just idle chatter, they rendered great comfort. They soon realized the person who they thought a stranger was the resurrected Christ Jesus.
Luke 24:13-33 (KJV).

Concerning the current conflict with Iran, please remember that the well worn path of imperial ambition and wars of regime change has failed the United States of America. It has depleted the nation of blood, treasure and spirit. A withdrawal of the American military presence in the region is inevitable, the only question is as to how and when. That is your and the nation’s only choice, and by analogy, it is between taking the “Road to Damascus” or the “Road to Emmaus.”

Seek a path with an attitude of anger and threat or infliction of violence, the consequences will be severe for you and the nation, especially those serving in uniform. The nation’s size, wealth and weaponery will allow it to persist for a while, but it will eventually be drained until a Viet-Nam like defeat and hasty exit occurs. Taking the “Road to Damascus” leads to peace only after blindly wandering in anguish and despair.

But a path, where peace is a deliberate choice and a conversion of spirit is embraced, will yield not only an end to diplomatic and military failure in the Middle East, but also a lasting peace and new opportunities. When the swords of war are re-forged back into ploughshares, former perceived enemies will seek friendship. A re-vitalized, re-industrialized and reformed United States of America would be welcomed as partner and as an alternative to new rising hedgemonic powers.

Jesus has been called by many as the Prince of Peace. Armed hostliites are not wanted most, peace is wanted by most. On the “Road to Emmaus” one walks with Him and peace comes easily. On the “Road to Damascus,” there comes strife with Him and peace comes only when the persistent pain can no longer be endured. You can — as our Commander in Chief — choose the easy way or the hard way to peace. Either path leads to a “come to Jesus” moment.

I advise that you choose the “Road to Emmaus” for the nation. “Make the Deal” with Iran and disengage the military presence in the Middle East.

Sincerely yours,
A Warrior Who Bled for His Country in a War Based on Lies