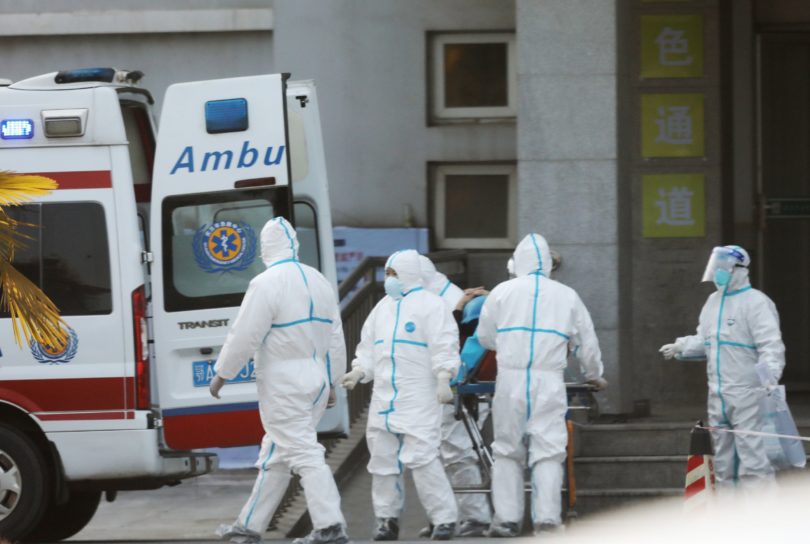 The Chinese government has locked down Wuhan, a city of 11 million people, owing to the “threat of the coronavirus.” There are also travel restrictions in several other Chinese cities. What does all this prove?

It proves the Chinese government wants to install tighter controls. It doesn’t lead to the conclusion that a coronavirus is making people sick or killing them.

During the so-called Zika Virus crisis of 2016, women in several countries were told not to get pregnant, because the virus might cause brain damage in their babies. That was a form of lockdown, too. If it were instituted for good reason, we would now be seeing massive numbers of babies all over the world born with microcephaly (smaller heads and brain damage), as the virus spreads. We aren’t seeing that. I covered the Zika story extensively, and proved it was a scientific fraud. A dud.

The measures government authorities enact do not constitute proof of a harmful virus. Otherwise, presidents and kings could write science all day long simply by issuing orders.

We are now seeing photos of “people lying in the street” in Wuhan, and perhaps other Chinese cities, so-called victims of the coronavirus. What does this prove?

So far, I’ve seen pictures of four or five people lying in the street or on a hospital floor. In a city of 11 million people. If this, all by itself, were proof that a new coronavirus is a killer, then Los Angeles and New York—with their homeless street populations—would have no people left.

The text of a patent for a coronavirus is circulating wide and far on the Web. What does this prove?

Patents for many viruses are obtained all the time. More specifically, these patents discuss ways of weakening viruses or extracting material from them for the purposes of developing vaccines. I’ve read excerpts from two different coronavirus patents, one in the US and one in the UK. They both refer to vaccine development. They aren’t, as some people assume, slam-dunk evidence that researchers are cooking up a virus in a lab or weaponizing it.

Well, here is a comforting development. The Chinese researcher, Zhong Nanshan, who “discovered the SARS virus” in 2003, is now at the forefront of pronouncements about the “new coronavirus” that is shaking up China and other parts of the world.

His mere presence on the scene is a warning sign: take a grain of salt, try a pound.

Zhong Nanshan’s 2003 SARS “pandemic” was a dud. A WHO (World Health Organization) advisory against traveling to “infected” Toronto cost merchants in the city several billion dollars. Meanwhile, a Canadian WHO biologist, Frank Plummer, told the press he was shocked by the fact that fewer and fewer SARS patients had the virus in their bodies. Actually, “fewer and fewer,” he said, was approaching ZERO. Hoax. THE PURPORTED CAUSE OF THE DISEASE WASN’T THERE. People had ordinary flu symptoms.

What do you do when this sort of embarrassment occurs? Do you confess the whole business was a mistake or a con or a hustle? Do you own up to the fact that, when people are said to be suffering from ordinary flu symptoms, and you’re calling it a new disease with a new cause, you’re wrong and you’re very, very, very sorry? Do you point out that people who don’t have the cause of a new disease in their bodies don’t have the new disease?

Of course not. You just move ahead and pray no one notices.

When you claim the grand death total from the SARS “epidemic,” worldwide, is 800 out of seven billion, and you can’t even prove those 800 died from the “SARS virus,” do you, the World Health Organization, admit your whole program of epidemic detection is a fraud? Do you pay Toronto several billion dollars for their troubles?

Of course not. You keep calling SARS an epidemic forever. You write fake histories. You do whatever is necessary to maintain your phony reputation.

And when a new possible-maybe-could-be virus surfaces in China, now, you bring the same researcher who “discovered SARS” out of mothballs, and you put him front and center.

Here’s the capper. Read carefully. The World Health Organization claims that, every year, there are between three and five million cases of ordinary run-of-the-mill flu in the world, resulting in 290,000 to 650,000 deaths. The symptoms are indistinguishable from SARS. But for some reason, they don’t declare ordinary flu an ongoing epidemic. No, they choose SARS, for which the cause is absent—and they call THAT an epidemic. It caused 800 deaths, versus 290,000-650,000 deaths.

Does this make any kind of sense? Actually, it does, if they want to: increase control over the population; condition them to expect and pray for a (watch-out TOXIC) vaccine to save them; shoot up pharmaceutical profits; scare the pants off people; induce them to willingly accept greater surveillance wherever they go; step up police and military presence; enact quarantines; hypnotize populations with the idea that they’re lifelong patients under the supervision of the medical cartel; teach “safety and security” above freedom.

Just realize how right and good and true THE AUTHORITIES are, get down on your knees and thank your lucky stars they’re here protecting the health of everyone on the planet. They’re the Church of Biological Mysticism, and they want you as a devoted member.