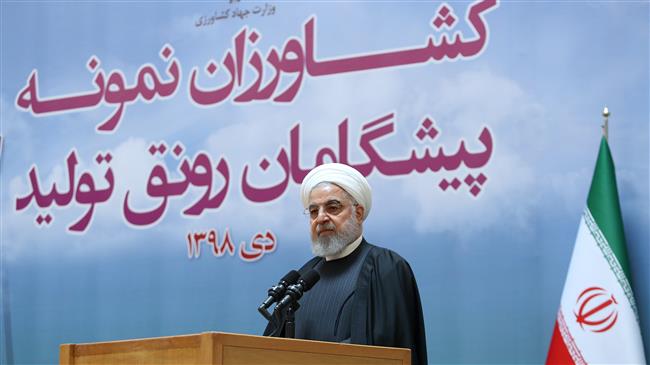 Iranian President Hassan Rouhani says all those responsible for the accidental shooting down of a Ukrainian passenger plane near Tehran should be brought to justice, urging that a special tribunal be appointed to hear cases and try all those involved.

The Ukrainian jetliner tragedy is not an ordinary case, which requires that the Judiciary set up a special court presided by a supreme judge to look into the issue with the help of the most professional experts in the field, President Rouhani suggested.

The Ukraine International Airlines’ Flight 752, en route to Kiev and carrying mostly Iranian and Iranian-Canadian passengers, crashed minutes after take-off near the capital Tehran early on Wednesday, killing all 176 on board.

In their initial assessments, Iranian officials attributed the crash to technical failure and dismissed the possibility of the plane having been shot down by missiles.

However, after conducting a thorough investigation, Iran’s General Staff of the Armed Forces released a statement on Saturday, acknowledging that the Ukrainian plane had been brought down by a missile fired “unintentionally” due to “human error.”

The incident came as Iranian air defenses were at the highest level of alert following the country’s missile attacks against US bases in Iraq, which came in retaliation for Washington’s assassination of senior Iranian commander Lieutenant General Qassem Soleimani.

In his Tuesday’s remarks, Rouhani noted, “Immediately after I established that a very painful and unforgivable error had been committed, I instructed the officials to inform the public.

“This is a hugely bitter incident, which is extremely hard for people to accept. Even if the aircraft had crashed because of technical problems, it would still have been a grievous incident. But after it was confirmed that a human error had led to this tragedy, it hurt public sentiment even more,” he added.

The president noted that the crash could not have been caused by a single individual, giving assurances that all those involved would face prosecution.

“Not just the one person who pressed the button is to blame; there are others involved. I want this issue to be honestly explained to the people,” he said, adding that it is highly important for the Iranian people that everyone bearing some degree of responsibility be identified and punished accordingly.

“It is a first good step that the Iranian Armed Forces have admitted their mistake… We should now [work to] assure the people that this will not happen again,” Rouhani said, adding that his government would be “accountable to the Iranians and the nationals of other countries who lost their lives in this incident.”

This is not just about an unfortunate accident that led to the loss of lives that “were very dear to us,” but “this is also a question of airspace security, which is of prime importance to Iran and the world,” said the president.