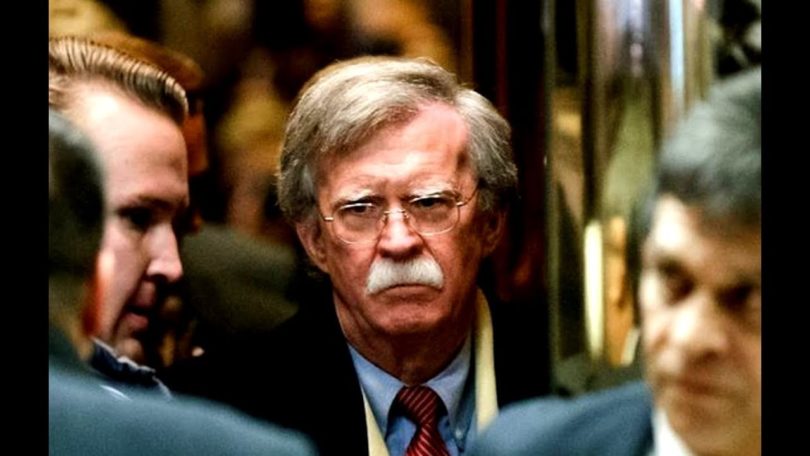 The coordinated leak of the Bolton manuscript has revived Democrats’ hopes for calling the former National Security Advisor to testify at Trump’s trial in the Senate, Mitch McConnell reluctantly admitted last night.

And as Republican frustration with the mustachioed neocon reaches a boiling point, President Trump – who famously fired Bolton via Twitter – has taken to his favorite social media platform to bash his former NSA.

Trump begins by slamming Bolton’s disloyalty, claiming that Bolton begged him for a “non-Senate approved” job and that Trump caved and gave it to him despite “many saying ‘don’t do it, sir’.”

Trump also mocked Bolton’s tendency toward gaffes during TV appearances, like the time he claimed the US was looking at “the Libya model” to handle North Korea. He was immediately roasted by national security experts who noted that Gadhafi’s decision to surrender his nuclear ambitions eventually led to his overthrow and brutal murder.

Moving on, the president said that if he followed Bolton’s advice, the US would be in “World War Six” by now – a reference to Bolton’s famously interventionist views, particularly regarding Iran. It’s believed that, if Bolton had his druthers, the US would have authorized a full-blown invasion.

….many more mistakes of judgement, gets fired because frankly, if I listened to him, we would be in World War Six by now, and goes out and IMMEDIATELY writes a nasty & untrue book. All Classified National Security. Who would do this?

It turns out Donald Trump isn’t the only Republican president who regrets trusting Bolton. Former President George W. Bush said he regretted his decision to recess-appoint Bolton as his top envoy to the United Nation over the objections of the Senate after it became clear he wouldn’t be confirmed.

“Let me just say from the outset that I don’t consider Bolton credible,” Bush reportedly told an assembled group of political writers, according to the Federalist.

Trump’s criticisms come after the WSJ editorial board said Bolton should be allowed to testify, once again breaking with the Trump administration.

Bolton skeptics – of which there are many – have accused the hotheaded former NSA of merely trying to sell books with the stunt (since getting another job in government is probably out of the question). Of course, this type of attention from the president should only help Bolton achieve that goal. After all, there’s no such thing as bad publicity.

Yet Democrats are giving a former “warmonger” the Comey treatment.