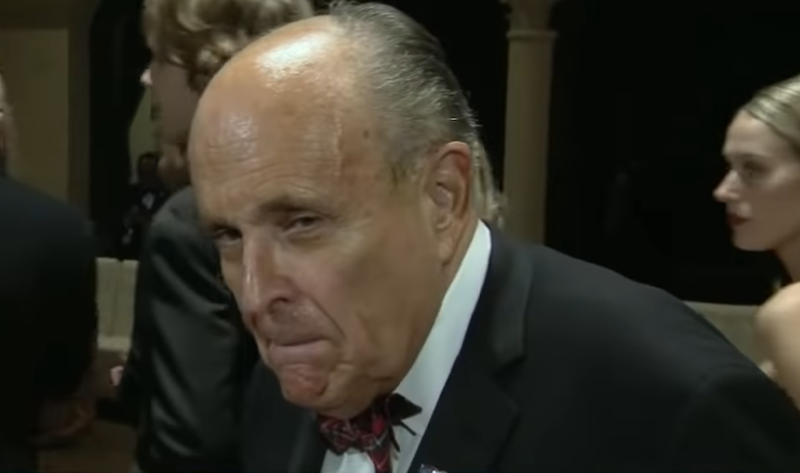 Rudy Giuliani is not only willing to testify in President Trump’s Senate impeachment trial, he wants to “do demonstrations” in order to outline what he described as a “series of criminal acts” involving “the highest levels of the Obama administration,“ adding that Democrats Adam Schiff and House Speaker Nancy Pelosi will go down in history like Joe McCarthy when people “calm down and watch this carefully.”

“What I learned is the corruption in Ukraine is vast, it’s extensive, it highly involves the Democratic party – not just in 2016 but for many years,” the former New York City mayor said at Trump’s New Year’s Eve party at Mar-a-Lago in Florida.

“When the full scope of what happens in Ukraine comes out, there are going to be a lot of Americans who participated in the corruption,” adding “The Bidens took millions of dollars laundered out of Ukraine, and the only reason they’re getting away with it is because you and the press protect them…”

When asked what he discovered, Rudy replied “I’m not going to tell you what I found out until I have a proper forum…but it’s devastating,” adding “We will figure out the right forum.”

“This is expanding, it will turn out to be a series of criminal acts. It will involve the highest levels of the Obama administration. It’s the reason the Democratic party is in panic.”

“I would testify, I would do demonstrations, I’d give lectures, I’d give summations. Or, I do what I do best, I try the case,” adding, with a smile, “I’d love to try the case.”

“If you give me the case, I will prosecute it as a racketeering case. Which I kind of invented anyway.”