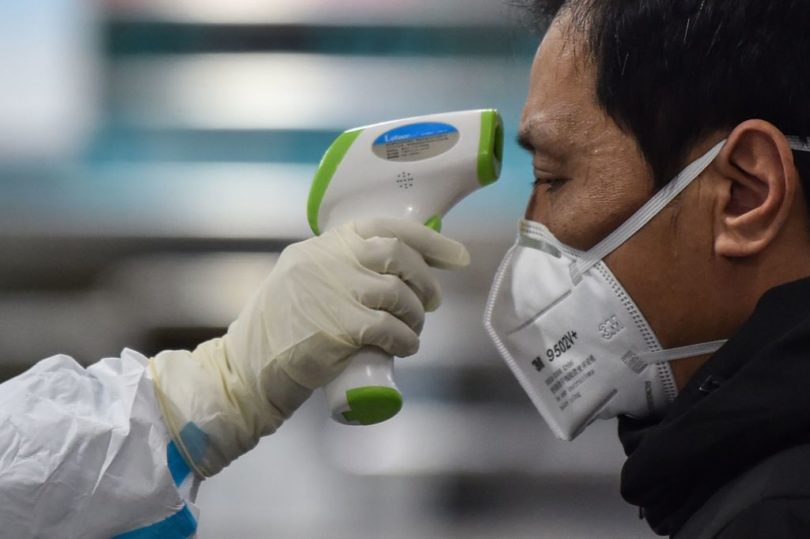 To keep up with my new articles on the so-called “epidemic,” it really helps to read my earlier pieces (archive here). I don’t recapitulate all the relevant facts every time I sit down to write. If I did, I’d be posting books instead of articles.

So…as I write this one, about 40 million Chinese citizens are on lockdown and quarantine in their cities. This is truly extraordinary. One US vaccine-funding official was heard to say China was a “silver lining” in the coronavirus epidemic—because that government is able to exert so much control over its people and, therefore, help contain the epidemic.

You could almost hear him thinking, “I wish we could do that in America.”

You can bet your bottom dollar public health officials all over the world are gathering data on how well “the Chinese experiment” is going. They want to learn lessons. They want to know more about containment, mass quarantines, and lockdowns.

Could, for instance, an American president suddenly declare an emergency in the US and issue orders for travel restrictions on a broad scale?

Could he confine citizens to their cities? Could he bring troops into a city and have them assemble in large public places and wave wands at people to look for body temperature elevation and cart them away to hospitals and other holding areas?

Could federal and state officials cancel sporting and concert events? Could crowds of any kind be forbidden? Could a national election be postponed?

China becomes an example for the rest of the world, you see. “This is what has to be done in dire times, to stop the spread of an epidemic. Look to China. They’re accomplishing the right thing. If the killer virus comes here and spreads, we may to have to follow suit.”

CHINA IS THE PSYCHOLOGICAL ICE-BREAKER FOR THE REST OF THE PLANET. “Well, they did it there, so it can be done…”

“Thank you, China. You’ve showed us what efficiency and necessity look like.”

The biggest potential contagion here has nothing to do with the virus. It has to do with other countries deciding to follow China’s example.

And now we come to THE VACCINE against the virus. This is where some very bad rubber meets a very bad road. Several of the novel vaccines being rushed toward approval and production are completely experimental. They have never been openly used on the public. So the stage is set for a grand planet-wide guinea-pig test. In a recent piece, I explained the admitted danger of one of these vaccine varieties—RNA vaccines. They can cause autoimmune reactions. The body goes to war against itself.

What are the chances that one of these new vaccines will be mandated in the US and other countries? Mandated. Ordered. Commanded. “In order to preserve public safety.”

I would say there is a chance, given, again, the example of China, the ice-breaker.

And, as I’ve pointed out many times, these so-called epidemics have been used, for decades, to tune up the population to the need for ALL vaccines for all diseases. It’s called operant conditioning.

“You have no choice. You can’t opt out. The situation is too dangerous.”

Realistically, any US president’s advisors would tell him that mandating an emergency coronavirus vaccine for the whole country would present a logistical nightmare. So they’d suggest, “We can try a mandate, only we don’t enforce it everywhere. We use certain examples of harsh control in, say, the most dangerous area, where the virus has spread. A town, a city, maybe even a state. And make sure everyone in that area gets the vaccine. Let’s try that for starters. Let’s see how the enforcement end looks. How hard are we going to come down on people if they refuse? Meanwhile, outlawing big public gatherings is an essential step. You can do that. No crowds permitted in certain cases. We work with state and local authorities, to make it look like ‘the people’ are represented. Go for the ‘share and care’ stuff. We love all our people and want to protect them…”

Such a strategy could be stretched out for months. It would be allowed to peter out…but certain features would stay in place. For instance, stepped up police and military presence in cities. Not to enforce vaccination, but to extend basic control over the population.

Meanwhile, state legislatures would feel more confident, despite pushback, in enacting mandatory vaccination laws for all diseases. Using terms like “outbreaks” and “spread” and “protection” more frequently than they’re used now, states would “do their duty” to keep citizens safe.

Freedom? Free choice? Those ideas would be channeled more quickly into drainpipes of the past. Safety, protection, and security would vault even higher on the political scoreboard.

If you’re beginning to see this is as a CONTROL op, you’re right. It always was. Setting aside the obvious workable medical solutions to specific problems, such as repair of the body in emergency crisis situations, the highest echelon of the medical cartel is all about control. And its use of demonstrably toxic drugs and vaccines are the forward edge of covert warfare.

China is showing the world how to force the war on millions of people at once.

In doing so, it’s borrowing strategies from the West: how to pump up an unproven epidemic through medical disinformation.

Freedom to dissent and opt out, along many lines, is more important than ever.