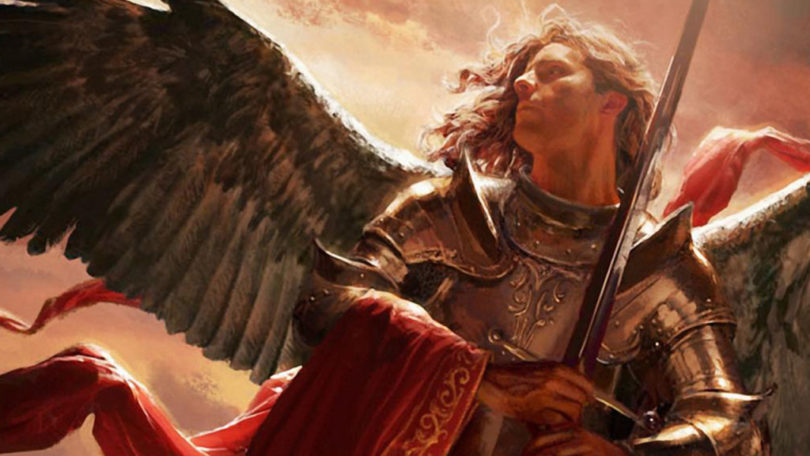 What can be said here…. The Cause has been established. (I explain how a martyr’s innocent death for God makes a Cause here. The lower world dwellers like killing the Children of God, but they are unable to comprehend and see how the Cause works.)

I don’t know how they could accomplish it better, short of killing the Ayatollah himself.

The location of the battle is also determined, and it is vast, because one thing is pinned to another, and hooked to another, and so on. [The Portal is opened.] The sacrifice is made. Suleimani wished to die as a martyr. His wish was granted; because the wish of him who turned his entire life into a Sacrifice for people and the fight against Evil cannot be not granted. This is the Law.

There is Death, and there is death, and they are very different, as Putin had said. When we die, we go to Heaven as martyrs, and they just stop existing. It’s really true, that’s why Suleimani accepted the Death that he wished for, and received the Life, and those who killed him will become meat rotting in mud. They came into this world as meat, they existed here as meat, and they will go away as meat.

The army of him, who constantly praises God, will take revenge.

The star-striped mold will disappear from the ME maps, and, as a result, many others.

It’s all coming, and they are terrified.

THEY think they set Trump up, but it’s hard to imagine MORE problems and troubles for them that are coming.

By killing Suleimani, they killed themselves

Years of sincere, brave efforts fighting against the devils& villainous in the world & yrs of wishing for martyrdom on the path of God finally took the dear Commander of Islam, Soleimani, to this lofty status. His blood was shed by the most barbaric of men.

Dear Iranian Nation!
Years of sincere, brave efforts fighting against the devils& villainous in the world & yrs of wishing for martyrdom on the path of God finally took the dear Commander of Islam, Soleimani, to this lofty status. His blood was shed by the most barbaric of men./1

We congratulate Imam Mahdi (‘a.j.) & Soleimani’s pure soul& condole the Iranian nation on this great martyrdom. He was an eminent example of a person trained in Islam. He spent all his life in struggling for God. Martyrdom was the reward for his tireless efforts over the years./2

That’s how the Black Dragon’s body gets its energy and comes to life in this world. The Black Dragon doesn’t kill, unlike the Red Dragon, it’s subjugates and conquers by the utter horror of its existence.

A song of Persia about Soleimani

“Under the direct leadership of Qasem Suleimani, long before the formation of the so-called international coalition led by the United States, armed resistance was organized against the international terrorist groups ISIL (“Islamic state of Iraq and the Levant” – the former name of the IS – here and further note. TASS) and al-Qaeda (banned in Russia) in Syria and Iraq. His personal achievements in the fight against ISIS in Syria are undeniable”

“The short-sighted steps of the United States, resulting in the murder of General Suleimani, will lead to a sharp escalation of the military-political tensions in the Middle East region and serious negative consequences for the entire international security system.”

“Suleimani’s murder doubles Iran’s determination to counter the US and protect Islamic values. Iran and other countries in the region will take revenge on America,”

Russia’s Ministry of Foreign Affairs: “We were alarmed by the information about the death of the commander of the special forces the Quds Force

of the Islamic revolutionary guard Corps of Iran, Qasem Suleimani, during the attack of the US armed forces on the airport of Baghdad. This step by Washington is fraught with serious consequences for regional peace and stability. We believe that such actions do not contribute to finding solutions to the complex problems that have accumulated in the Middle East, but on the contrary lead to a new round of escalation of tension in the region.

“It turns out that a missile strike was carried out first, an act that is out of sync with international law was committed. And only then did they [the Americans] requested [the assessment of the events] involving the [US] Embassy. This is probably the height of cynicism, you know,” she said.

“That will not result in anything but escalating tensions in the region, which will be sure to affect millions of people,” she wrote on her Facebook page.

The diplomat noted that, over the past few years, the US has repeatedly blocked UN Security Council’s statements condemning attacks on other countries’ embassies. “There are quite a few examples,” she stressed.

Russia does not rule out US Baghdad airport strike will be discussed by UN Security Council today, Zakharova noted. “Of course, I believe the issue will be discussed in New York today. I think work on the format will be in progress.”

The diplomat was certain that the issue would be addressed by international organizations, individual countries and politicians. “And, of course, it will not bypass the United Nations,” Zakharova added.