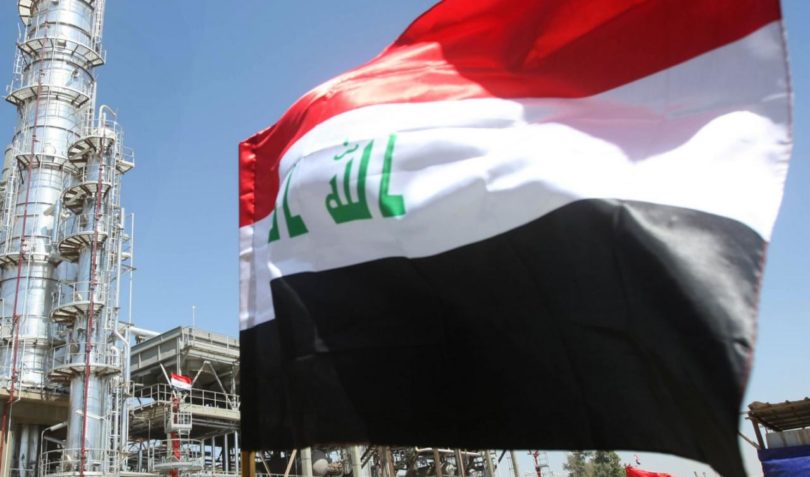 The blowback from Trump’s assassination of Major General Qassem Soleimani and PMU leader Abu Mahdi al-Muhandis is increasing. A scandal is developing as one consequence of Trump’s evil deed after Iraq’s Prime Minister Adel Abdul Mahdi revealed the gangster methods U.S. President Trump used in his attempts to steal Iraq’s oil. Below we follow today’s development.

A stampede broke out Tuesday at a funeral for a top Iranian general killed in a U.S. airstrike, and at least 56 people were killed and more than 200 were injured as thousands thronged the procession, Iranian news reports said.The stampede took place in Kerman, the hometown of Revolutionary Guard Gen. Qassem Soleimani, as the procession began, said the semi-official Fars and ISNA news agencies, citing Pirhossein Koulivand, head of Iran’s emergency medical services.

Helicopter video had earlier shown that the street of Kerman were densely crowded with mourners. The actual funeral has now been postponed.

A U.S. paid anti-Iranian propagandist has turned out to claim that Qassem Soleimani was not really popular in Iran. It is easy to debunk such nonsense by pointing to the University of Maryland which does regular polls in Iran. In October 2019 it found:

General Soleimani remains the most popular Iranian public figure among those tested, with eight in ten viewing him favorably. Second is Foreign Minister Zarif, viewed favorably by two thirds. …

Also this from Professor Abukhalil:

asad abukhalil أسعد أبو خليل @asadabukhalil – 17:29 UTC · Jan 6, 2020
This is the most stunning aspect of the rise of Iranian nationalism due to Trump’s decision to kill Suleimani. This would have been most unimaginable for many decades. The law of unintended consequences.
Quoted Tweet:

Roham Alvandi رهام الوندی @RohamAlvandiLSE –10:11 UTC · Jan 5, 2020
Ardeshir Zahedi, the foreign minister of Iran from 1966 to 1971 and the former son-in-law of Mohammad Reza Shah Pahlavi, describes Soleimani as a “patriotic and honourable soldier who was a son of Iran” and compares him to De Gaulle, Montgomery, MacArthur, and Eisenhower. Link to video.

This video from 2017 shows Soleimani consoling the daughter of a slain comrade at his funeral. Such scenes explain why Soleimani was so beloved.

The U.S. has denied Iran’s Foreign Minister Jahvad Zarif a visa for a long planned visit to the UN in New York. Zarif responded by saying that he can talk to the U.S. people from Tehran. Today he proved that by giving a CNNinterview:

Iran’s Foreign Minister Javad Zarif called US President Donald Trump’s decision to order the drone strike that killed the country’s top military commander an act of “state terrorism” in an interview with CNN Tuesday.
…
“This is an act of aggression against Iran and amounts to an armed attack against Iran, and we will respond. But we will respond proportionally not disproportionally,” he said. “We will respond lawfully, we are not lawless people like President Trump.”
…
The interview came as Iran’s parliament voted unanimously for a motion declaring all US forces as “terrorists” on Tuesday, according to Iran’s state-news agency IRNA. The vote took place during the country’s parliamentary session Tuesday, IRNA reported. After the plan was approved, delegates chanted, “Death to America.”

According to a report on Tuesday by the semi-official Tasnim news agency, Iran has worked up 13 sets of plans for revenge for Soleimani’s killing. The report quoted Ali Shamkhani, the secretary of Iran’s Supreme National Security Council, as saying that even the weakest among them would be a “historic nightmare” for the U.S. He declined to elaborate,“If the U.S. troops do not leave our region voluntarily and upright, we will do something to carry their bodies horizontally out,” Shamkhani said.

The Quds force, the external action arm of the Islamic Revolutionary Guards Corp, received an additional budget of 200 million Euros. It will put that money to good use.

There are some 60 to 70.000 U.S. soldiers designated foreign terrorists on some 19 bases near Iran and on ships in nearby waters. That are a quite a number of fish in just a few barrels.

Their commander in chief should ask himself if it is wise to keep them there.

The leader of a number of Iraqi Popular Militia Forces will meet in the next 48 hours to plan for the eviction of U.S. forces from Iraq should they not leave voluntarily. For security reasons the meeting was moved from Baghdad to Tehran.

North-Yemen held a quite large public mourning for Qassem Soleimani and Abu Mahdi al-Muhandis. A Houthi minister held a speech during which he said:

“Soleimani’s blood .. will turn into intercontinental missiles .. to destroy US warships and end US regional presence”

U.S. war ships will certainly have to avoid Yemen’s coast.

The removal of U.S. troops from the region was also the theme of Sunday’s speech by Hizbullah leader Hassan Nasrallah in Lebanon. It seems clear that the Resistance Axis will work on the project in a coordinated manner.

Trump said he would ask Iraq to pay for the bases the U.S. has built should the U.S. troops be kicked out of Iraq. The U.S. already has binding legal agreements with Iraq which stipulate that the bases, and all fixed installations the U.S. has built there, are the property of Iraq.

Trump had already asked Iraqi Prime Ministers -twice- if the U.S. could get Iraq’s oil as reward for invading and destroying their country. The requests were rejected. Now we learn that Trump also uses gangster methods (ar) to get the oil of Iraq. The talk by the Iraqi Prime Minister Abdul Mahdi happened during the recent parliament session in Iraq (machine translation):

Al-Halbousi, Speaker of the Iraqi Council of Representatives, blocked the speech of Mr. Abdul Mahdi in the scheduled session to discuss the decision to remove American forces from Iraq.At the beginning of the session, Al-Halbousi left the presidential seat and sat next to Mr. Abdul-Mahdi, after his request to cut off the live broadcast of the session, a public conversation took place between the two parties. The voice of Adel Abdul Mahdi was raised.

“The Americans are the ones who destroyed the country and wreaked havoc on it. They are those who refuse to complete building the electrical system and infrastructure projects. They have bargained for the reconstruction of Iraq in exchange for giving up 50% of Iraqi oil imports, so I refused and decided to go to China and concluded an important and strategic agreement with it, and today Trump is trying to cancel this important agreement.”

The American President’s threatened the Iraqi Prime Minister to liquidate him directly with the Minister of Defense. The Marines are the third party that sniped the demonstrators and the security men:

“After my return from China, Trump called me and asked me to cancel the agreement, so I also refused, and he threatened me with massive demonstrations that would topple me. Indeed, the demonstrations started and then Trump called, threatening to escalate in the event of non-cooperation and responding to his wishes, so that the third party (Marines snipers) would target the demonstrators and security forces and kill them from the highest structures and the US embassy in an attempt to pressure me and submit to his wishes and cancel the China agreement, so I did not respond and submitted my resignation and the Americans still insist to this day on canceling the China agreement and when the defense minister said that who kills the demonstrators is a third party, Trump called me immediately and physically threatened me and defense minister in the event of talk about the third party.”

The reliable Based Cat in Iraq seems to confirm the timeline:

TØM CΛT @TomtheBasedCat – 4:00 UTC · Jan 7, 2020
Yes a 50-person delegation visited China in 2019 and then the protests started on October 1st until the Arbaeen dates, then picked up again on Oct 25th. I’m skeptical about the 3rd party but the timing itself was interesting. The flames were fanned by Gulf media and Al-Hurra.

Southfront has a similar report, seemingly from a different source, with some additional context.

While this talk has not yet been confirmed it does sounds highly plausible.

The chicken-hawks of Israel, Saudi Arabia and the UAE, who have all lobbied the U.S. for war on Iran, now fear the consequences:

Gulf Arab states, potential targets for retaliation after the U.S. assassinated Iran’s top general, are working on multiple tracks to try to keep tensions between Tehran and Washington from building into a military confrontation.

Earlier today Russia’s President Vladimir Putin arrived in Damascus for talks with the Syria’s President Assad. Could there also be a meeting between Putin and Hizbullah leader Hassan Nasrallah? Putin will next go to Turkey to inaugurate the gas pipeline between Russia and Turkey.