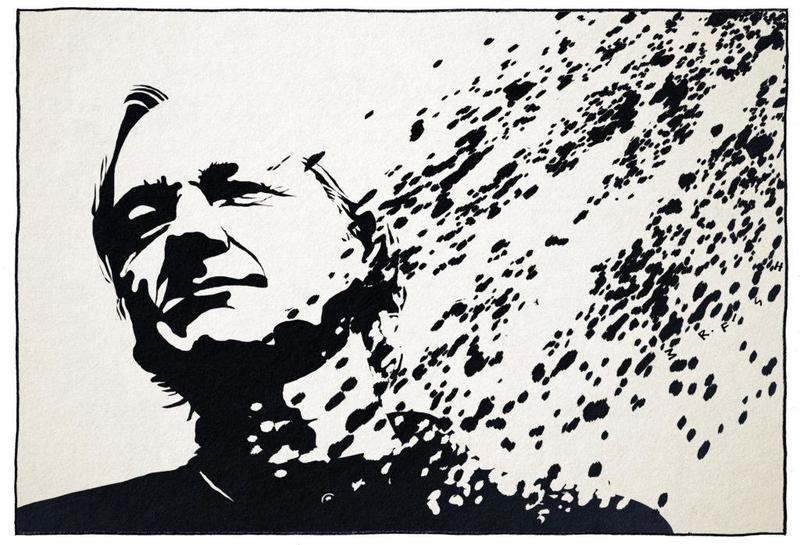 A few days before Christmas, Julian Assange testified to a Spanish court that a Spanish security company, UC Global S.L., acting in coordination with the CIA, illegally recorded all his actions and conversations, including with his lawyers, and streamed them back in real time to the CIA.

He will, at the end of February, make a similar complaint to a British extradition court about the CIA’s alleged misbehavior.

Will such misbehavior, if proven, set Assange free?

The Daniel Ellsberg case may be instructive. You may recall that after the U.S. Supreme Court’s decision in the “Pentagon Papers” case, Ellsberg was indicted under the Espionage Act for leaking Pentagon documents to The New York Times and The Washington Post.

After the trial commenced in San Francisco, it was brought to the judge’s attention that the “White House plumbers” broke into the office of Ellsberg’s psychiatrist. Based on that information and other complaints of government misbehavior, including the FBI’s interception of Ellsberg’s telephone conversations with a government official, Judge William Matthew Byrne decided that the case should be dismissed with prejudice because the government acted outrageously.

For similar reasons, the case against Assange should be dismissed, if it reaches the U.S. courts.

The “plumbers” were a covert group formed by the Nixon White House to stop leaks of information from the government, such as the Pentagon Papers. They are notorious for their burglary at the Watergate complex, which led to former President Nixon’s downfall. Approximately nine months before the Watergate break-in, the plumbers, led by former CIA agent E. Howard Hunt, burglarized a psychiatrist’s office to find information that could discredit Ellsberg.

The CIA also was involved with the break-in. It prepared a psychiatric profile of Ellsberg as well as an ID kit for the plumbers, including drivers’ licenses, Social Security cards, and disguises consisting of red wigs, glasses and speech alteration devices.

Additionally, the CIA allowed Hunt and his sidekick, G. Gordon Liddy, to use two CIA safe houses in the D.C. area for meetings and storage purposes. Clearly, the CIA knew the plumbers were up to no good. It is unclear whether the CIA knew Ellsberg was the target, but it would not have taken much to figure it out.

The Spanish newspaper El Pais broke the story that UC Global invaded Assange’s privacy at the Ecuadorian embassy and shared its surveillance with the CIA. It demonstrated step-by-step, document-by-document, UC Global’s actions and its contacts with the CIA. UC Global reportedly installed cameras throughout Assange’s space in the embassy — including his bathroom — and captured Assange’s every word and apparently livestreamed it, giving the CIA a free TV show of Assange’s daily life.

After reading El Pais’s series, you would have to be a dunce not to believe the CIA didn’t monitor Assange’s every move at the Ecuadorian embassy, including trips to the bathroom.

Ecuador granted Assange asylum in their embassy for seven years, after he jumped bail in London to avoid extradition to Sweden for allegedly raping two Swedish women. (Those charges are now dismissed.) If you can believe it, Ecuador had hired UC Global to protect the Ecuadorian embassy and Assange. Not surprisingly, the CIA later made UC Global its spy to surveil Assange.

When there was a change of administration in Ecuador, Assange’s asylum was withdrawn, and he was immediately arrested by British police at the request of U.S. officials. The United States subsequently indicted him for violating the Espionage Act, for publishing the very same information published roughly contemporaneously by The New York Times, The Guardian, El Pais, Le Monde and Der Spiegel. (Assange already was subject to a sealed indictment in the United States for computer hacking.)

The behavior of UC Global and the CIA seems indistinguishable from the government’s behavior in the Ellsberg case, which a federal judge found to have “offended a sense of justice” and “incurably infected the prosecution” of the case. Accordingly, he concluded that the only remedy to ensure due process and the fair administration of justice was to dismiss Ellsberg’s case “with prejudice,” meaning that Ellsberg could not be retried.

Can anything be more offensive to a “sense of justice” than an unlimited surveillance, particularly of lawyer-client conversations, livestreamed to the opposing party in a criminal case? The alleged streaming unmasked the strategy of Assange’s lawyers, giving the government an advantage that is impossible to remove. Short of dismissing Assange’s indictment with prejudice, the government will always have an advantage that can never be matched by the defense.

The usual remedy for warrantless surveillance is to exclude any illegally obtained information from the trial, but that remedy is inapplicable here. The government’s advantage in surveilling Assange is not the acquisition of tangible evidence but, rather, intangible insights into Assange’s legal strategy. There is no way, therefore, to give Assange a fair trial, since his opponents will know every move he will make.

When Assange begins his extradition hearing, this will be part of his argument — that the CIA’s misbehavior violates his human rights by depriving him of his right to a fair trial.

The CIA will no doubt attempt to trump this argument by defending the surveillance on grounds of national security. This may be easier said than done, however: It is one thing to say the CIA can engage in surveillance abroad for its own intelligence-gathering purposes, and another to say it can listen to the private lawyer-client communications of a person against whom the U.S. government has an open criminal investigation.

More to the point, it does not seem immediately clear why eavesdropping on conversations of legal strategy protects U.S. national security. In my experience in national security cases (I led The New York Times lawyers in the “Pentagon Papers” case), every time the government is backed into a corner in such cases, it will simply serve up a defense of “national security” because it is difficult to defend against such an assertion and the government, consequently, has the ability to trump every competing argument.

Violation of Assange’s fair-trial rights is only one of many arguments he can make to defeat extradition. For example, he can argue that his health is so poor that he cannot survive extradition. His father has said Assange will die in prison, and the United Nations Special Rapporteur overseeing his case, Nils Melzer, believes Assange’s mental acuity has been damaged irreparably through “psychological torture.”

Most importantly, Assange can assert that the action of the U.S. government is for its own political benefit. It is standard law that extradition be refused when a country seeks it in order to prosecute a political offense. In this case, Secretary of State Mike Pompeo has said the U.S. government would seek to shut down Assange for using “free speech values against us” and characterized Assange’s organization, WikiLeaks, as “a non-state hostile intelligence service.”

That statement does not sound like the government wishes to convict Assange for violating U.S. national security laws as much as to get rid of Assange himself for disclosing embarrassing information that is detrimental to American diplomatic and political interests. Whether the actions the U.S. government takes against Assange constitute a “political” offense will be hotly contested.

Former State Department and National Security Council legal adviser John Bellinger recently predicted on NPR a “battle royal because Assange and his lawyers will argue very forcefully that … the Trump administration is coming after him for political reasons.”

No doubt there also will be a “battle royal” regarding whether the CIA can, with impunity, surveil Assange’s actions and conversations — including those with his lawyers — and then livestream those to its offices without being heavily penalized for its behavior. It would seem the only appropriate remedy for such outrageous conduct would be to set Assange free.

James C. Goodale was the vice chairman and general counsel of The New York Times and is the author of “Fighting for the Press: The Inside Story of the Pentagon Papers and other battles.”