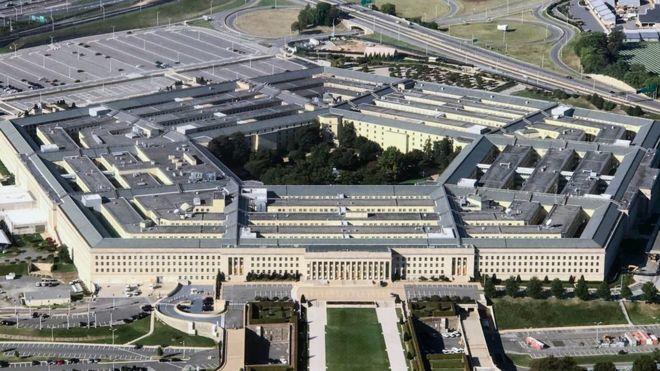 In what’s already being hailed as a defining and explosive “Pentagon papers” moment, a cache of previously classified documents obtained by The Washington Post show top Pentagon leaders continuously lied to the public about the “progress” of the now eighteen-year long Afghan war.

The some 2,000 pages of notes from interviews of senior officials who have shaped US strategy in Afghanistan confirm that “senior US officials failed to tell the truth about the war in Afghanistan throughout the 18-year campaign, making rosy pronouncements they knew to be false… hiding unmistakable evidence the war had become unwinnable,” according to the bombshell Post report.

The internal interviews and statements were unearthed via Freedom of Information Act request and span the Bush, Obama and Trump administrations. The trove further confirms that US leaders knew vast amounts of money was being wasted in a futile attempt to “Westernize the nation”.

Watchdog groups commonly estimate total US spending on the war has hit $1 trillion by end of 2019. More importantly, America’s ‘endless war’ has cost at least 2,351 American lives and over 20,000 wounded.

The internal Pentagon project conducted by the Office of the Special Inspector General for Afghanistan Reconstruction (SIGAR) had sought to get as honest assessment as possible as to the status of America’s longest running quagmire panning multiple administrations. It was to be a classified “Lessons Learned” assessment of sorts to prevent future missteps.

“What did we get for this $1tn effort? Was it worth $1 trillion?” one retired Navy SEAL who had advised the Bush and Obama administrations observed in one of the documents. “After the killing of Osama bin Laden, I said that Osama was probably laughing in his watery grave considering how much we have spent on Afghanistan.”

Another top official, former White House Afghan war czar Douglas Lute under Bush and Obama, confessed, “We were devoid of a fundamental understanding of Afghanistan – we didn’t know what we were doing. He added that “we didn’t have the foggiest notion of what we were undertaking” after the 2001 invasion.

“If the American people knew the magnitude of this dysfunction … 2,400 lives lost,” he added.

Two major consistent themes from the documents are—

US aid was looted “with impunity” according to the released documents, and provide undeniable evidence that top defense officials knew years of rosy public statements were a mountain of lies.

Almost hard to get infuriated about the blatant spinning by government agencies anymore. The effort to cover up the failures of US foreign policy whether in Afghanistan, Iraq, Libya, Syria or Yemen has worn us down. Hard to remember what honesty is. https://t.co/PFDiAmwveQ

Over 400 people close to the decision-making process were interviewed as part of the internal DoD investigation; however among those 366 names were redacted, given that as more damning testimony was given, the Inspector General deemed they should be treated as ‘whistleblowers’ and informants.

But for all the hand-wringing and outrage Monday’s WaPo bombshell will unleash this week, it must be remembered that the establishment in both parties have consistently pushed to stay at war, not to mention going to war in the first place.

As independent journalist David Mizner observes of the new ‘Afghan Papers’ it remains that “US politicians lie to stay at war, every time. The real crime was going to war in the first place — and almost no US politicians, pundits, and or journos with large platforms opposed the war.”

A video tour of the damning new ‘Afghanistan Papers’ revelations and their significance: