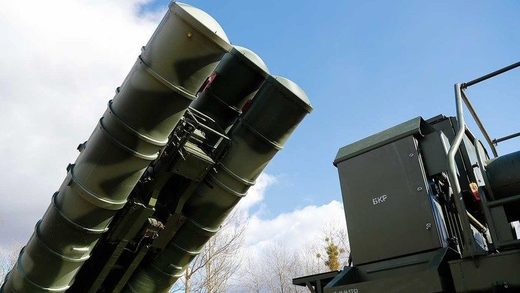 Turkey turned to the Russian-made S-400s as it didn’t succeed in getting air-defense systems from its closest NATO allies including the US, France and Italy, its foreign minister explained.

Procuring the S-400s from Moscow has been more of an urgent necessity than a political choice, Turkey’s chief diplomat Mevlut Cavusoglu said on Friday at a security conference in Italy.

“Does Turkey need air defense systems?” he asked, receiving an affirmative answer from the panel meeting. “Do we have our own? No. Thank God we’ve been producing more than 70 percent of [what the military] needs in Turkey and we will continue to that end, but we’re still not a self-sufficient country in defense industry, not yet,” he continued.

“Did we try to buy it from our allies? Yes, for the last ten years we wanted to buy Patriots from the United States, we wanted to buy [the] same things from France and Italy but we couldn’t get them.”

Some NATO members did deploy their Patriot systems on Turkish soil to protect against incoming threats in the region, but these deployments didn’t last long, leaving Turkey in a precarious position, the minister recalled.

“Now we have only one Spanish Patriot battery, obviously we need more,” he stated, adding Turkey will keep looking out for non-NATO vendors to fill in their defense needs.

Turkey’s purchase of the S-400 systems became a matter of irritation for its NATO allies. The US kicked Turkey off its F-35 fighter jet program. And during the recent bloc’s summit, NATO Secretary General Jens Stoltenberg reiterated that the S-400 will never “be part of the NATO integrated air and missile defense system.”