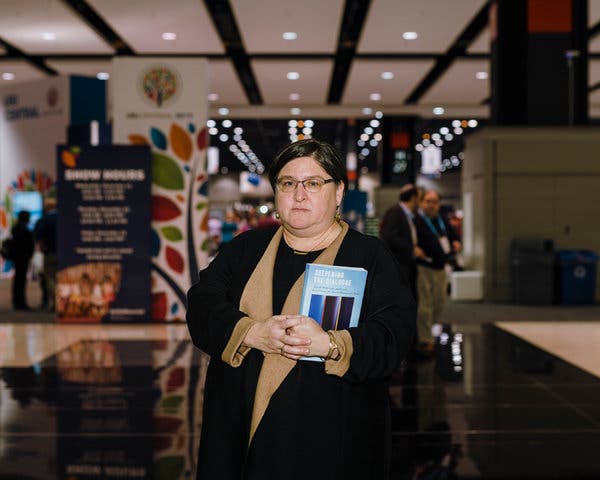 Rabbi Hara Person, the chief executive of the Central Conference of American Rabbis, saw the president’s action and worried.

Some of our beloved but misguided “far right” ™ friends from the “Trump-is-a-Zionist-puppet” and “Mike King is a disinfo op” chorus have already started screaming the house down over this latest strategic display of seeming Israeli ass-kissing by The Maestro. Relax, boys and girls. This move to punish the college commies who wish to boycott Israel (only because of Israeli nationalism) is pure tactical genius, a la Sun Tzu.
Let’s get real. The shitty little state, though still shitty, isn’t going to disappear anyway. The best we can hope for now is to keep it well-behaved towards its Arab neighbors; and to not drag us into anymore wars against them. The decline and looming fall of Satanyahoo — who Trump has dumped like a steaming hot turd in the toilet — may be an important step in that regard.
Just like Trump’s “controversial” decision to move the U.S. embassy to Jerusalem (who cares?) , and to recognize Israeli sovereignty over the Golan Heights (which was stolen a half-century ago and has been, for years, already populated by Jews), and to recognize certain settlements as Jewish (again, already stolen and occupied for years) — this latest move to withhold Federal money to universities that promote the George-Soros-funded BDS (Boycott, Divest, Sanction) movement serves two important strategic political objectives:
1. It further insulates Trump from the “kiss-of-death” charge of “anti-Semitism” ™ which the “usual suspects” on the Left have been working very hard to brand him with…. and..
2. It divides all-mighty Jewry in half, bringing in a bunch of Jewish voters in key “swing states” — who, though they may be libtarded, are not necessarily Marxists — and great big bundles of shekels into the pro-Trump / GOP camp.
Make sense?

1 & 2. The BDS Movement is headed by hard core Leftists, and funded by scum such as George Soros. The hidden agenda has got nothing to do with Palestinian rights, and everything to do with bringing the “Israel First” faction of the shitty little state under Globalist control.  3. The Globalist Jew Soros is no friend of the Zionist nationalists. This provides Trump with the opportunity to skillfully divide all-mighty Jewry while still promoting America Firstism.
From the article:
“Jewish communities across the country viewed the order, which is aimed at college campuses, in competing and discordant ways.”
In other words, and the article clearly reveals this: The Communist / Globalist Jews — already worried about Trump’s astonishing (for a nationalist Republican) 31% approval (and growing) rating among the self-chosenites — are not happy about Trump’s Executive Order.
Now, having said all this, it is indeed hard to stomach the public spectacles attached to this strategic ass-kissing. But on an operational level, what, other than the cosmetic, has Trump actually done for the Satanyahoo faction of Israeli politics, besides getting the Soros mob off of Israel’s back? Assad of Syria survived the Zionist onslaught, thanks to Trump and Putin. Iran and Russia are now the dominant powers in the region, again, thanks to Trump and Putin. World War III for the sake of “Greater Israel” (from the Euphrates to the Nile) has been averted, thanks to Trump. The massive blackmail operation of the invaluable child-sex-slave Mossad operative Jeffrey Epstein has been shut down and the matter is being quietly investigated, thanks to Trump. And, through his wholly controlled Q-Anon operation, Trump has openly fingered the Mossad for influencing the Fake News and being “in cahoots” with the despicable impeachment inquisitor and child-sex-monster, Adam Schiff(cough cough).
It has been established, without a doubt, that Q Anon is a project of the Trump Team. Whether or not “The White Hats” can win in the end, remains in question.

1. Q Anon / Trump posts that CIA & Mossad (C_A / MOS) are attacking and infiltrating the forum where Q posts.
2. Q Anon / Trump lists Mossad as controlling the politicians and media.
3. Q Anon / Trump posted an image, taken from the Twitter of Adam Schiff, showing Schiff with his father, son and brother. The boy is wearing a black T-Shirt which reads: “Mossad – Since 1949.