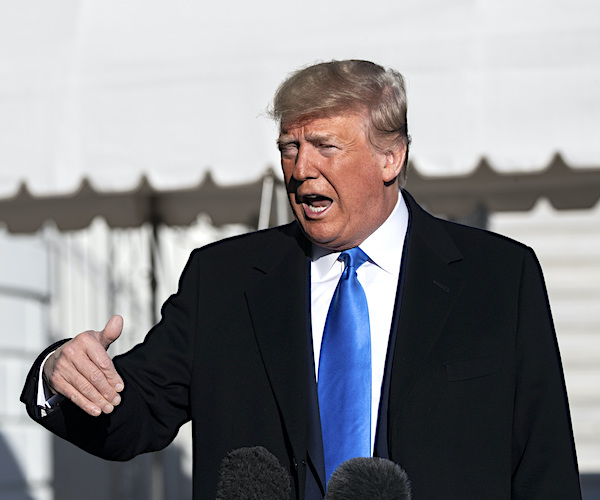 A day after Rudy Giuliani called for “a large-scale joint investigation” between Ukraine and the United States, President Donald Trump says Giuliani has “found plenty” and “wants to go before Congress” with a report.

“I just know he came back from someplace and he’s going to make a report, I think to the attorney general and the Congress,” Trump told reporters before heading for Florida on Saturday. “He’s going to give us a lot of good information.

“I haven’t spoken to him about that information. But Rudy, as you know, has been one of the great crime fighters in the last 50 years.”

Trump acknowledge Giuliani has returned from “Europe,” not mentioning Ukraine specifically as the country has been the centerpiece of the House Democrats’ impeachment attempt.

Giuliani would like to go before Congress to report on his findings of his investigations, Trump added.

“But I think he wants to go before Congress and say – and also the attorney general and the Department of Justice,” Trump said. “I hear he’s found plenty​.”