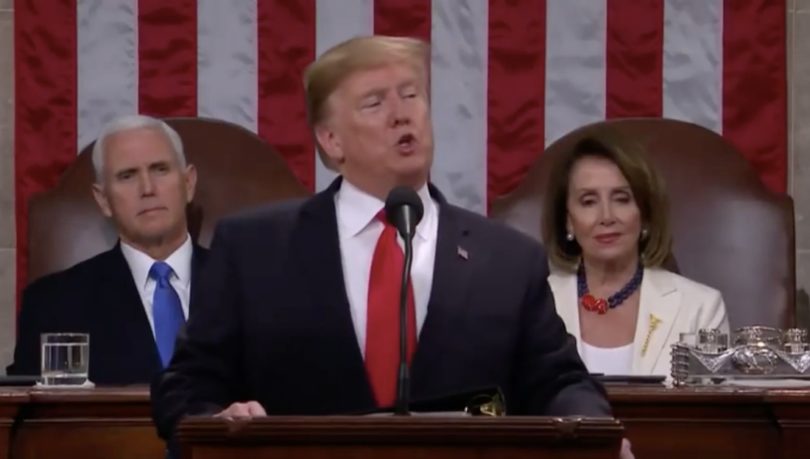 The fake news media is getting faker by the day, with a new absurd claim that President Trump’s mental health is “deteriorating” due to the potentially “catastrophic outcomes” of the impeachment circus.

A “trio of pre-eminent psychiatrists,” according to the really fake Independent(United Kingdom), is reportedly urging the House Judiciary Committee to dub Trump as “dangerous” due to his “brittle sense of self-worth.” In essence, they want Trump to be declared as mentally insane in order to justify removing him from office.

“We are speaking out at this time because we are convinced that, as the time of possible impeachment approaches, Donald Trump has the real potential to become ever more dangerous, a threat to the safety of our nation,” the three said in an official statement.

Included with their joint statement is a petition containing the signatures of some 350 “mental health professionals” who’ve similarly determined simply from watching fake news that President Trump is “mentally ill” and in need of immediate removal from the White House.

To keep up with the latest false news accusations against President Trump, be sure to check out Trump.news.

It used to be that doctors actually had to see patients in-person in order to properly diagnose them with an illness. But in the age of Trump, this is apparently no longer necessary, as “medical professionals” are somehow able to make clinical conclusions simply from watching CNN or MSNBC.

None of the three individuals in this trio has ever met Trump in person, nor have they ever seen any of his medical records. All they know is what the talking heads on cable news are telling them about the President’s mental health, and this is what they’ve used to make their “diagnosis” that he’s “unfit.”

What’s even more hilarious is that this has already been tried before, as a whole slew of Democrats tried to claim several years ago that Trump is “mentally unfit for office.”

Since the time of their first declarations about his “mental decline,” Trump has contributed to a booming stock market, record unemployment, and positive economic growth all across the board.

Trump has also taken a bold stand for religious freedom, as well as lifted all sorts of onerous regulations that mean we’ll soon be getting back normal incandescent lightbulbs, for example, and washers and dryers that actually work because they’re not “energy efficient.”

While all of these things have been positive for everyday Americans, leftist Democrats see them as demonstrative of Trump’s “dementia,” or whatever mental derangement they claim he’s suffering from as he continues to advance his “America First” agenda.

The ridiculous irony is that it’s these leftist Democrats who are clearly the ones suffering from some kind of mental illness as they liken Trump’s reversal of globalist policies to Alzheimer’s.

In truth, it’s actually Hillary Clinton, Joe Biden, Amy Klobuchar, and the rest of the Democratic lineup that are suffering from obvious physical health problems almost every time they appear in the media – so where’s their armchair diagnosis by these so-called “psychiatrists?”

“This is getting so old,” wrote one commenter at The Gateway Pundit about how these deranged leftists keep trying to recycle the same false accusations and ridiculous mental health diagnoses at Trump that they’ve been lobbing at him ever since he was elected.

“So I am to believe that this clearly BS impeachment sham based entirely on hearsay and third-hand info that conflicts with firsthand witness accounts is making Trump mentally unstable? The left must really believe that Dems are retarded because anyone that is paying attention can see this is utter BS.”