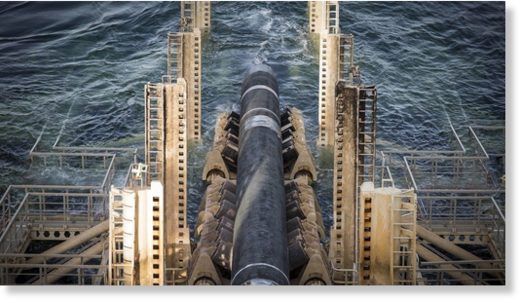 Cooperation between Russia and Europe is growing, and pressure from the US just gives more impetus for further development of those ties, says Russian Economic Development Minister Maksim Oreshkin.

“As you may see this year we have more extensive contacts with Europe, not only on the business side which was at the high level and is becoming even stronger but also on the political level…” Oreshkin told RT.

He explained that US sanctions on the Nord Stream 2 natural gas pipeline project from Russia to Germany, as well as its other actions, have brought Russia and Europe closer.

“So, we are having closer contacts, we are discussing and trying to find solutions… We are much closer comparing to where we were standing a year ago,” the minister said.

Talking about the Nord Stream 2 project, he pointed to a “big problem of extra-territorial sanctions” coming from the US. “It’s a big problem not only from our side but also from the European side.”

Oreshkin told RT that Russia and France have recently held an intergovernmental commission on the sanctions’ issue. He said that his French counterpart Bruno Le Maire called the US sanctions “unacceptable.”

According to the Russian minister, one of the reasons behind the fact that the global growth this year is the weakest since 2009 are “unilateral actions that are hitting the global trade.”