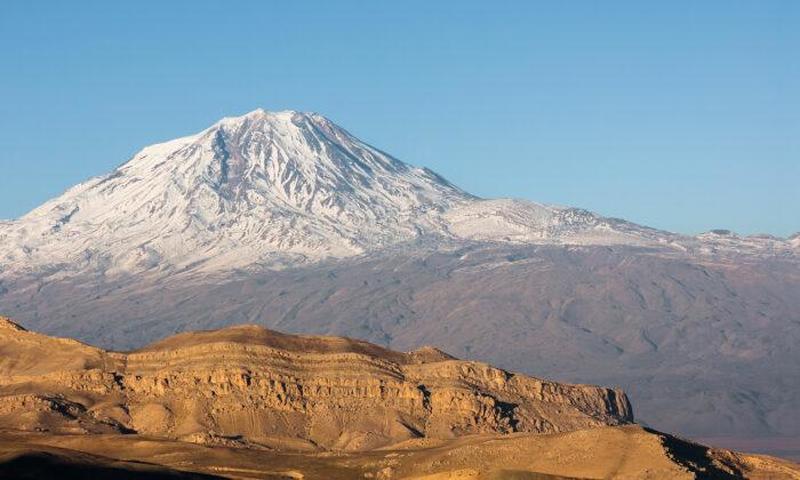 The search for one of the most legendary boats of human history has made a potential breakthrough as multiple teams of scientists have zeroed in on a curious ship-shaped rise on Mt. Ararat in Turkey. The story of Noah’s Ark and the great flood that covered the earth, echoed in the Sumerian Epic of Gilgamesh, has long fascinated archaeologists who have wondered if remnants of the boat are still to be found.

Satellite images, radiocarbon dating, and most recently, 3D scans of the site known as Durupınar have all given hope to researchers that solid evidence of the Ark may soon be found. “It’s a man-made object and it’s a ship form,”computer engineer and biblical researcher Andrew Jones told ,

As per the description of Genesis 8:4, “And the ark rested in the seventh month, on the seventeenth day of the month, upon the mountains of Ararat,” researchers have investigated the site, which lies around 2,000 meters (6,560 feet) above sea level and was first identified by a Turkish cartographer in 1959.

The location of the real Noah’s Ark may have been confirmed by relic-hunters in a remote mountain range in eastern Turkey, with experts claiming images “show the entire ship buried underground.”

The Durupınar formation is about 18 miles (29 kilometers) south of the summit of Mt. Ararat, which reaches up to 16,854 feet. After its discovery was announced in 1959, it generated enthusiasm among ark seekers around the world, including Tennessee biblical researcher Ron Wyatt. Today, the site is labeled Nuhun Gemisi (Noah’s Ship) by mapmakers and continues to generate interest.

“We’re not going to find a sign that says, ‘made by Noah and sons,’ but what other ship would it be on the side of a hill at 6,500-foot elevation in the mountains of Ararat?” Andrew Jones told WZTV. In the Bible, God tells Noah very specifically how to build the Ark and these details have aided researchers in their quest.

This could be huge!

Genesis 6:15 states, “This is how you are to build it: The ark is to be three hundred cubits long, fifty cubits wide and thirty cubits high.” These dimensions, as per the best guesses archaeologists have made about the length of a “cubit,” would yield a ship that was 540 feet long, 37.5 feet high, and 75 feet wide.

This size corresponds to the strange, seemingly buried object found in the rise at Durupınar, according to ark hunters. While in previous attempts to find evidence they produced wooden samples from the site that were dated to 4,800 years old with radiocarbon dating, they are now trying to produce an image of what’s buried inside the mound.

Using a technique called “electrical resistivity,” Jones and others on his team have been trying to produce a quality 3-D image to counter skeptics.

“If you shoot an electrical current below the ground and it hits a pocket of air, that has a different type of conductivity versus something like water or rock,” Jones explains. “So, the software can interpret the signals coming back and create a 3-D image.”

Besides the dimensions, which appear to correspond to the ark specifications, Jones claims to have seen other details that match the design. As Genesis 6:16 says, “Make a roof for it, leaving below the roof an opening one cubit high all around. Put a door in the side of the ark and make lower, middle and upper decks.

Jones claims that images have shown just this. They have seen “[a] perfectly preserved hull below the ground. Petrified, solid, hull of a ship and three different layers, just like The Bible says.” The next step would be to get authorization from Turkish authorities to start excavations.

Besides the evidence of the Ark itself, researchers seeking to prove that Noah’s story has basis in archaeological evidence have also looked at the flood itself. A group of researchers led by British archaeologist Chris Turney found solid evidence for a flood that covered the land between the Black Sea and the Mediterranean over 8,300 years ago.

“We looked at all the earliest data on farming in Europe and we found a little bit of farming in Greece and the Balkans just before the flood,” Turney explained to Reuters.

“When the flood happened, farming seemed to stop but it was re-established a generation later across Europe.”

The findings seem to indicate a large number of people displaced from their homes by the waters.

For those that lived in this part of the Fertile Crescent, “it would have seemed like the whole world had flooded,” Turney said.