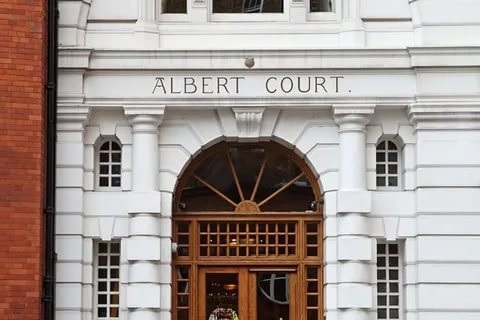 Former President of the busted Vneshprombank or Foreign Economic Industrial Bank Larisa Marcus is serving a term of 8.5 years for embezzlement ₽114 billion, as it turned out, owns an apartment in London worth £6 million in the elite residential complex Albert Court Property, located across the Hyde Park. As part of Marcus ‘ bankruptcy proceedings, the property was seized.

Larisa Marcus sentenced to 8.5 years and seizure of all assets

Marcus acquired in the residential complex Albert Court Property near Hyde Park in 2000. later it was sold for about $5 million to a buyer known to the representative of the interests of the bankruptcy Trustee Vneshprombank-Deposit insurance Agency: the money from the sale of the property was transferred to the accounts of the Marcus-Bedzhamov family financial structures in the United States, where they were arrested.

Larisa Marcus and her brother Georgy Bedzhamov also bought the property in Belgrave Square in 2015 for £15.2million via a loan from a shell company based in the British Virgin Islands.

The empty property, now said to be worth £45million, and others in Israel and France were seized as part of a £1.34billion asset freeze ordered by the High Court in London.

MY BOOKS on Amazon

and at the Saker Community Store