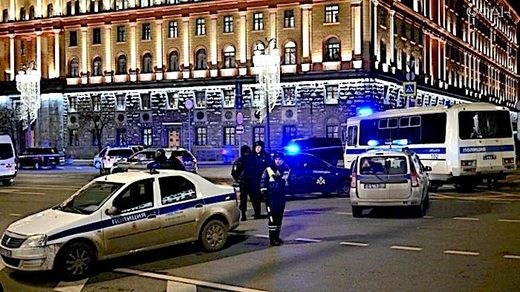 The shooter from Moscow on December 19th, Yevgeny Manyurov, worked for the British multinational security services company G4S for quite a while, the Russian Federal news agency reported.

G4S, as a company, is surrounded by quite a few scandals, and probably the most famous of it is the terrorist attack in the US city of Orlando on June 12th, 2016, committed by an employee of the company, Omar Mateen.49 people died as a result of the Orland Nightclub shooting, and 53 others were wounded.

In the United States alone, G4S security guards stand watch over airports, water and power plants, nuclear facilities, immigration transportation and even, as in the case of Mateen, gated communities.

Since 2008, G4S Secure Solutions — the company’s American subsidiary — has received nearly $830 million worth of federal, state and local government contracts, including for the Department of Homeland Security,according to the SmartProcure database. Its private clients include Google (GOOGL.O) and J.P. Morgan Chase.

According to media reports, 38-year-old Manyurov throughout his life worked for various security companies, including DSL-Eurasia. According to JP Gazeta, the killer worked there for 10 years: from 1999 to 2009.

A search of the name “DSL-Eurasia” in the database of Russian companies rusprofile.ru gives only one link – to the “Association – Union of Independent Services for the Promotion of Commercial Security. Its other name is “Security Services Association” (OSB).

OSB is a functioning organization registered in April 1995. Among its founders there are as many as ten legal entities, the list of which is headed by the even more interesting LLC “G. 4 Center,” now also liquidated. In turn, its founder entity is G4S Eurasia LLC.

The managing company of G4S Eurasia LLC is St. Petersburg LLC Emerging Markets Group Accounting (EMG Accounting). Its CEO is a US citizen – Thomas Carnegie Stansmore, who has a very varied biography, and the founders list includes Lyudmila Stansmour (her name is spelled like that), Victoria Beatty and Olga Semenova.

GM 4 Eurasia in 2018 formally consisted of only one employee, but it had three founders, two of which were British companies.

The first of them is called “G4S Defense Systems Eurasia Limited”, it was registered in 1997 in London.

The second office is even older – it is called “G4S Risk Management Limited” and is also registered in London, but in 1981.

Both firms are affiliates of G4S plc, the above-mentioned multinational military security company headquartered in the UK capital. With more than 100 years of history, G4S is considered the leading private security company in Europe and the third largest private security employer in the world. It has over 550 thousand employeesand works in 90 countries of the world. The corporation is listed on the FTSE 100 and has a listing on the London Stock Exchange.

According to some sources, he posted a resume on the HeadHunter.ru job search portal, which outlines that since at least 2009 he has been an employee of the G4S Center private security company group. There Manyurov was responsible for the security of the Bloomberg news agency and interacted with the main office in London.

This was followed by short-term work in a certain private security company “Visa Security” to protect the British oil and gas company British Petroleum.

According to the resume, at his last job, Manyurov was responsible for guarding the military mission of the United Arab Emirates in Moscow. This has never been confirmed officially.

It could be speculated that for a long while Manyurov was under the scrutiny of Western, primarily British intelligence services associated with the G4S. The list of those who have used and still use the services of G4S is large and varied.

The company carries out state contracts for the US Department of Homeland Security, provided (albeit with scandals) the security of the 2012 London Olympics, guarded Heathrow, Gatwick and Schiphol airports, still escorts convicts around the world, trains security forces in Iraq, etc.

It is not surprising that this British company is accompanied by a train of dubious “achievements” and outright scandals: starting with hundreds of cases of unfair imprisonment and bullying of prisoners in its “detention centers” and ending with … the 49 killed in Orland in June 2016, by Omar Mateen, who pledged allegiance to ISIS and opened fire on civilians, while being employed in the company.

On December 19th, Manyurov, a former G4S employee, opened fire on the FSB office in Moscow, killing FSB service member, 5 other people were wounded in and outside of the FSB Public Office. Another FSB service member died of his wounds later in hospital.

After a standoff, he was shot and eliminated by security personnel. 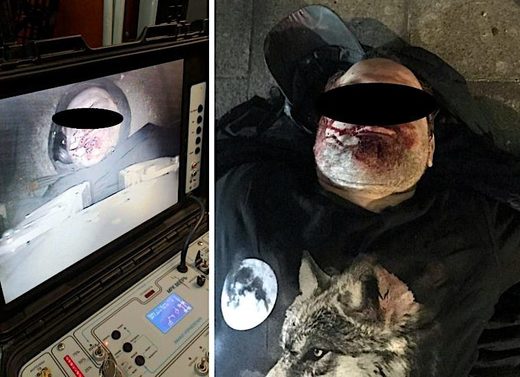 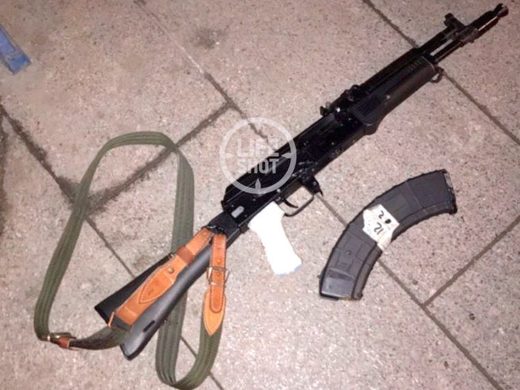 The motives behind the attack are unclear, but his work for a company as “reputable” as G4S shows that it could potentially be possible that he was so indoctrinated into radical neo-liberal, pro-Western propaganda, that on the day before Russia celebrates the Day of the Security Service Officer he carried out a terrorist attack.