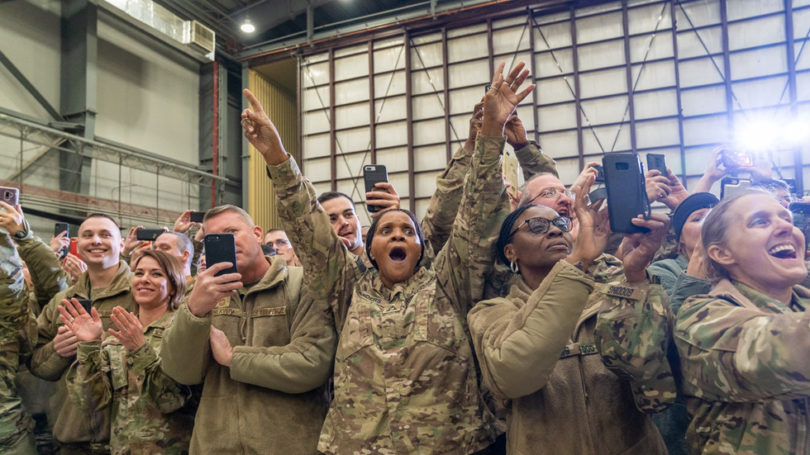 Originally posted by the RT

A Reagan Institute survey has found that nearly half of all American military households view Russia as more of an ally than a threat. Pentagon officials reckon they’ve been brainwashed by the Kremlin.

The Reagan Institute’s annual National Defense Survey measures the attitudes of Americans on all things war, peace, and politics. The latest version, published in October, has more statistics than you could shake a stick at, but to the Pentagon, one in particular stands out.

Some 46 percent of military households see Russia as an “ally,” while 28 percent of all American households share that belief. China has overtaken Russia as America’s next top enemy, according to the survey.

The think tank reckons positive views of Russia are held mostly by Republicans, which could explain the rampant Russophilia within military ranks (America’s men and women in uniform usually vote for the GOP), but the Pentagon’s top brass has other ideas.

“There is an effort, on the part of Russia, to flood the media with disinformation to sow doubt and confusion,” Defense Department spokesperson Lieutenant Colonel Carla Gleason told Voice of America. The Russians do this, Gleason explained, “through false narratives designed to illicit sympathetic views.”

Are these narratives beamed into the troops’ heads via satellite? Via confusion-inducing propaganda-rays?

“It’s dangerous,” Benitez told VOA. However, he did not expand on his work with the Atlantic Council, a virulently anti-Russia think tank sponsored by NATO and a collection of arms manufacturers.

Gleason said that the military is “actively working to expose and counter Russian disinformation.” Short of screening round-the-clock reruns of ‘Red Dawn’ on bases around the country, it’s unsure what exactly she meant.

Then again, perhaps the Pentagon’s top brass has a different understanding of love. Perhaps the military’s higher-ups express their love for Russia not by holding “sympathetic views,” but by moving their forces as close as possible to its borders and daring their forbidden lover to make the first move.