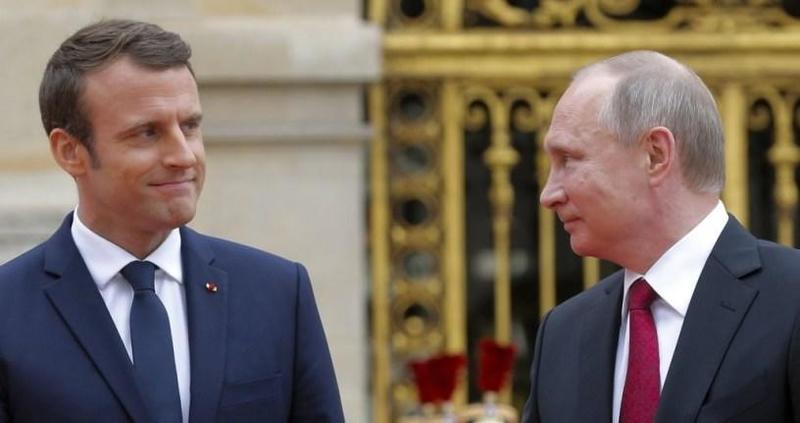 Last week I went through just some of the highlights as to why Russia is becoming a destination for global capital.

For years it’s been a little lonely out here banging on about how well the Russian state headed by Vladimir Putin has navigated an immense campaign by the West to marginalize and/or isolate Russia from the world economy.

But that is changing rapidly. And 2020 will likely be the year the New Cold War begins to end. And it starts with Europe. In recent weeks there have been a number of moves made on both sides to end the economic isolation of Russia by Europe.

As always, however, it begins politically. French President Emmanuel Macron speaking at a press conference before 70th Anniversary NATO Summit in London no less, made it clear that he no longer wants the EU positioning itself as an adversary of Russia or China.

Standing next to NATO Secretary General Jens Stoltenberg Macron put a further down payment that he is looking to replace German Chancellor Angela Merkel as the person setting the tone for European Foreign Policy.

“NATO is a collective defense organization, but against what or against who? Who is our common enemy? We need to clarify that. And it is a very strategic question,” he told reporters at a press conference in Paris on Nov. 28.

“Sometimes I hear some saying that it is Russia or China, our enemy. Is it the purpose of the Atlantic Alliance to identify one or the other as our enemies? I don’t think so. Our joint enemy, clearly within the Alliance, is terrorism that’s struck our countries.”

Macron said that NATO needs “a common definition of terrorism, of who the terrorist groups are and how to act in coordination against them.” He said that “the absence of dialogue with Russia” did not make the European continent safer and that he wants to “clarify our relationship with Russia.”

“We want a lucid, robust, and demanding dialogue with Russia, with neither naivety nor complacency,” he said.

The big shift here is Macron signaling out that NATO needs to shift its focus away from Russia and China and focus on threat of terrorism. There are at least two reasons for him doing this.

First, this aligns Macron with Putin on where the focus of security concerns should be. Putin has been banging this drum for years, certainly since his game-changing speech at the 2015 U.N. General Assembly two days before he sent Russian troops into Syria.

These words more than the others are music to Putin’s ears and a complete needle-scratch for the foreign policy orthodoxy on K Street and in Vauxhall. As they have been the architects of this new Cold War with Russia which has altered the landscape of EU economic progress for the past five years.

At some point the ‘frozen conflicts’ that Macron mentions in his remarks have to thaw because, as he rightly points out, it has been Europe that has been made less safe by U.S. foreign policy imperatives — ending the INF Treaty, freezing all diplomacy with Russia, etc.

So, Macron is prepping the table for his upcoming Normandy format talks with Germany, Russia and Ukraine on how to end the conflict in Ukraine.

Reality has seen in that Crimea is now off the table for NATO and so are the eastern breakaway provinces of the Donbass. I’ve maintained for years that Russia was always playing the game of attrition in Ukraine, winning by waiting for the EU and Ukrainians to tire of the war and eventually sue for peace.

Moreover, the economic defense of Russia that Putin mounted supported this policy. By doing the unthinkable in 2014, floating the ruble and allowing it to fall, he laid the foundation for today’s victory.

Make no mistake, this speech by Macron is a victory for Russia and, by extension, the world. Because Macron, Merkel and Putin have all the tools in their grasp to now push Ukrainian President Volodymyr Zelensky to fully implement Ukraine’s responsibilities under the Minsk agreements.

This would never happen under former President Petro Poroshenko, who is a long-standing U.S. asset and who openly bankrupted Ukraine during his tenure even more than his predecessor Viktor Yanukovich, no mean feat that.

Secondly, Macron’s comments underscore his desire to raise a transnational EU army and his comments are a direct statement that he wants the two security infrastructures to have separate mandates. It’s clear Macron doesn’t want Europe’s security to depend on the U.S. any longer.

And I’m sure that this idea gets a sympathetic ear from President Trump. The problem, of course, is that that idea isn’t popular with anyone else in the U.S. Deep State. Hence the push to create a chimeric impeachment process to remove him from power, or, at least, neuter him completely.

To Macron, NATO should deal with terrorism, downgrading its importance and paving the way for ending it in the future, while the EU army is under the control of the European Commission, which to a globalist like Macron is the epitome of ‘sovereignty.’

Macron, with these remarks as a prologue of what he will argue for at the NATO Summit, is telling the world Europe is done paying the price for the U.S.’s Cold War with Russia.

He’s also letting everyone know that 2020 will see the end of the sanctions in exchange for ending the conflict in Ukraine and re-opening the floodgates of European investment into Russia.

This puts paid everything I talked about in last week’s blog and which was also picked up by Alexander Mercouris at The Duran who is one of the very few analysts who understood Russia’s strategy and what the end-game would look like.

This is welcome news in Germany who absolutely want the sanctions lifted which will put Merkel under even more pressure to lift them. Putin has already made the moves necessary for Merkel to save face here — offering a new gas transit contract for Ukraine, handing back the ships seized in the Kerch Strait incident, prisoner exchange, etc.

A lot will ride on Putin’s upcoming meeting with Zelensky. There is so much coming together for the first half of December that by year-end we could be staring a very different geopolitical landscape in Europe.

Join my Patreon if you want unvarnished analysis of European Politics. Install the Brave Browser if you want to continue speaking freely about it outside of Google’s prying eyes.