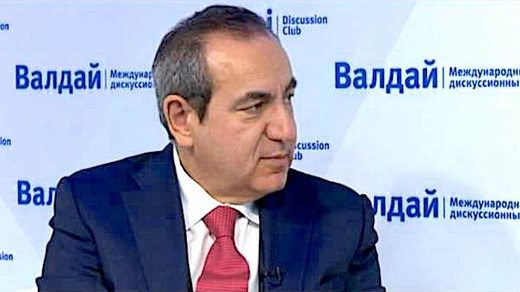 Joseph Mifsud approached Trump campaign advisor George Papadopoulos in the spring of 2016 and tried to plant dirt on him by claiming the Russians had Hillary Clinton’s ‘missing’ State Department emails. Comey claimed Mifsud was a Russian spy, however, it is believed that Mifsud was working for the FBI or CIA as an informant sent to spy on Trump’s camp.

Mifsud hasn’t been heard from or seen since the spring of 2018.

Italian news outlet Il Giornale suggested that according to sources within the Agrigento Public Prosecution office, Mifsud is believed to be dead:

“But who was Mifsud? And what did he do? Until 2013, the Maltese professor was president of the university center of Agrigento. In its management, however, something went wrong: budget holes and crazy expenses risked killing the institution. For this reason, the Agrigento prosecutor has launched an investigation against him. But there has been no trace of Mifsud since 31 October 2017 and now, as highlighted on InsideOver, a tragic suspect is winding through the corridors of the Agrigento court: Mifsud may be dead. A hypothesis that prosecutor’s sources believe ‘80%’ true: “The chances that he died confirm by the court are very high.”

Investigative reporter Sara Carter reached out to Department of Justice officials and they declined to comment on the ongoing investigation or Mifsud. Sara Carter also said she spoke to Roberto Vivaldelli on Friday about this new development:

“I spoke to Roberto Vivaldelli Friday, and he affirmed that the newest details regarding Mifsud came as a result of their investigation into Mifsud’s time as president of a university in the southern Italian city of Agrigento, Sicily. Currently, prosecutor’s in Agriengento, Sicily are investigating Mifsud’s alleged misuse of university finances and unexplained expenses.

“‘Mifsud is under investigation for his management of the university and for some crazy expenses,’ Vivaldelli told me. ‘From the information we have gathered, the Italian prosecutors are convinced that the professor is most likely not alive.’

“Vivaldelli said a person sent an audio file to the offices of two Italian newspapers last November 11, ‘but according to an expert we consulted this audio is fake. I personally think it’s incredible that no one knows where Mifsud is, alive or dead.'”

DOJ Inspector General Michael Horowitz was asked this week if Mifsud was a Russian spy and Horowitz declined to answer in an open setting.

A few weeks ago Buzzfeed reported that Mifsud’s passport and wallet sat for 17 months in a Portuguese airport:

“The items were found by police in a picturesque coastal town in Madeira, a Portuguese island off the coast of Morocco that’s popular with tourists and best known for being the birthplace of soccer superstar Cristiano Ronaldo. The passport and wallet were found on Aug. 5, 2017, some three months before Mifsud disappeared from public view and six months after he was questioned by FBI officers investigating Russian interference in the 2016 election.”

Mifsud reportedly was in fear for his life.

Where is Joseph Mifsud.
Will he talk?
Is he in hiding?
Or is he dead?

#BIG Italian prosecutors believe that Joseph Mifsud the man who started RussiaGate, 'is Dead'
Italian Journalists Roberto Vivaldelli one & Mauro Indelicato shed light and deepen the mystery behind Mifsud. I spoke to Vivaldelli and … https://t.co/dOvgHa5R5r via @SaraCarterDC