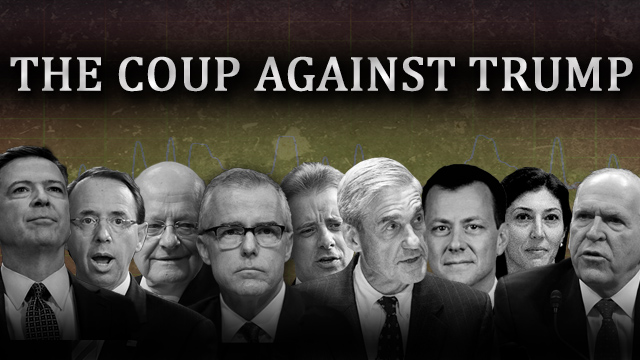 IMPEACHMENTgate:
A Deep State Hoax Carried Out to Distract
from the Countless Democrat Scandals,
Criminal Conspiracies and Coup Attempts

The primary criminal conspiracy is the ongoing Deep State-directed coup d’état that continually morphs from one massive Democrat crime spree into another.

Now that the Democrats have done the dirty deed, every American is compelled to ask:

What in the world is really going on?!

While it appears to be very complicated, and it is, it’s really all very simple.

The short answer is found in the subtitle of this post: “IMPEACHMENTgate is a transparent Deep State Hoax Carried Out to Distract from the Countless Democrat Scandals, Criminal Conspiracies and Naked Betrayals”

The longer answer is that the Democrat Party has become so corrupt and criminal in their collective and individual conduct that they have no choice but to majorly distract the body politic from their many scandals.  There are now so many Democrat scandals, and so much criminality perpetrated by the Left, that it boggles the mind.  Therefore, they truly feel they have no other option but to blow the whole place up … as in orchestrate an obviously false impeachment of an innocent POTUS.

What better way to start a second civil war — right during the holidays — than to unjustly impeach a President whose only ‘crime’ was to LAWFULLY investigate Democrat transgressions of federal law.

Really, exactly who is it that is intentionally ruining the Christmas season with an utterly reckless and politically grotesque impeachment proceeding? See The Hidden Powers Behind the Destruction of America

KEY POINT: Remember the Democrats have always been extremely proficient at accusing the opposition of the very crimes and scandals and wrongdoings that they have themselves committed.  President Trump has repeatedly been a victim of this ploy.  And, it works like a charm … … … but only up to a certain point.

What outrageous scandals?  What vast criminal conspiracies? What brazen cover-ups? What lawlessness and corruption?  What institutional malfeasance?

Of all the “‘Gate scandals”, the two that are by far the most radioactive and dangerous to the Left, are EPSTEINgate and Pedogate.

However, the scandal that will take down the Democrat Party forever is likely to be IMPEACHMENTgate. This particular Democrat crime wave, which was necessary for the Left to successfully bring impeachment charges, is so large and complex that practically everyone in the DNC and U.S. congressional leadership is somehow involved. Which is a very good thing as it will assist in taking down the Democrat Party for good. 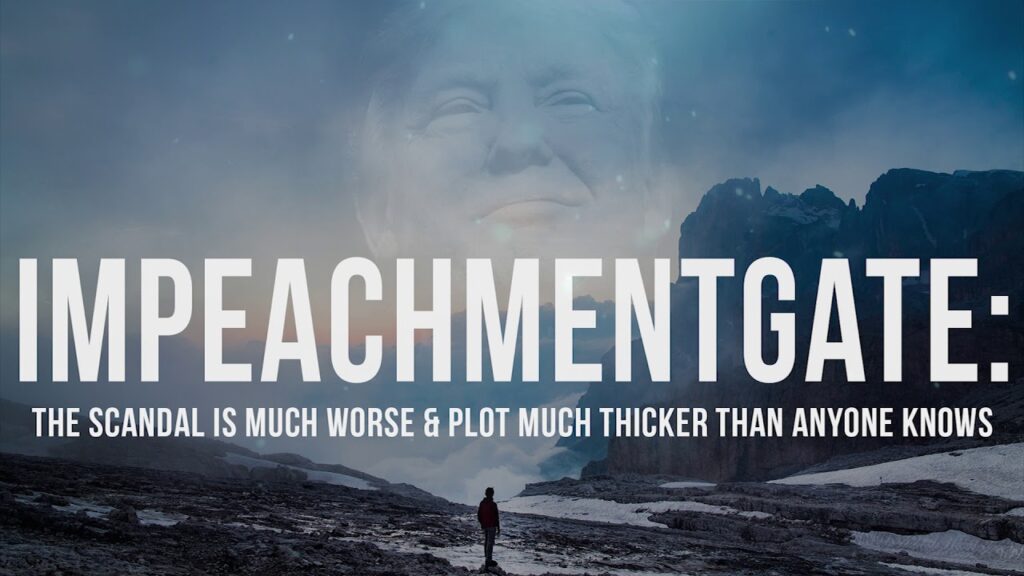 What makes IMPEACHMENTgate so HUGE and deadly to the DEMs is that they have succeeded in pissing off the entire Right.

The whole electorate has easily seen through the impeachment charade. Half of those people see the flagrant injustice of it all; the other half has no conscience. See: The Most Rabidly Partisan and Unjustifiable POTUS Impeachment in American History

Hence, the impeachment process itself has driven a stake deep into the heart of the American body politic. This was done with highly purposeful design which will soon manifest well beyond the new year.

The New World Order globalist cabal planned for such a fraudulent impeachment inquiry to anger and enrage the Right like there’s no tomorrow. The desperate power elite knows that when the Right finally get mad, it ain’t gonna be pretty.

The various goals of this NWO scheme to divide and conquer the American people are many and diverse. Ultimately, the globalists plan to transform this nation into a totalitarian USSA where “A” stands for Amerika. This clandestine plot has been occurring under the radar for decades as a precursor to the formation of the North American Unionsuperstate modeled after the imploding European Union. At that point, the American Republic will no longer exist.

As previously written, the most radioactive of all of those Democrat scandals shown above is the very last one listed—EPSTENgate. Not only are Hillary and Bill Clinton implicated in the Jeffrey Epstein RICO crime spree, so are many other Democrat VIPs and NWO globalists whose names have yet to be revealed.

When folks come to the correct understanding that Jeffrey Epstein did not kill himself, and that Epstein was not murdered in a jail cell, and that eyewitnesses testified that he was secretly smuggled out of the facility, you know this is the BIGGEST scandal of all just waiting to explode across the nation. See: Prison Eye-witness Says Epstein Was Released Alive in a Wheelchair at 4:15 AM on Day of Alleged Suicide

This is why the global meme: “Jeffrey Epstein didn’t kill himself” is so critical to exposing the true depth and breadth of EPSTEINgate. And, why This Lynchpin MEME Will Take Down the Shadow Government.

There are even those political analysts and commentators (such as SOTN) who have surmised that IMPEACHMENTgate was quite deliberately staged by the Democrats as a means of distracting from EPSTEINgate, as well as from numerous other scandals. As follows:

The bottom line here is that Deep State operatives are using the Democrat communists to distract, divert and misdirect from so many crimes and scandals. They really thought Hillary was going to win … and when she lost, they were faced with implementing the biggest cover-ups in U.S. history.

How the Deep State Democrats will possibly continue to cover up so many real criminal conspiracies remains to be seen. After all, there does come a point when the task of multitudinous cover-ups becomes virtually impossible to carry out in any meaningful way.

The upshot of this foregoing compendium of Democrat serial criminality and corruption is that they can never again be permitted to hold power, especially within the Executive Branch of the U.S. Federal Government. And, that it’s now imperative the Democrat Party be dissolved and outlawed for the good of the Republic.

Please, loyal readers, distribute this important post far and wide. Everyone needs to have a comprehensive reference list of Democrat scandals and crimes that’s easily accessible for the full-scale cyber-war that’s about to commence in earnest. Thank you!