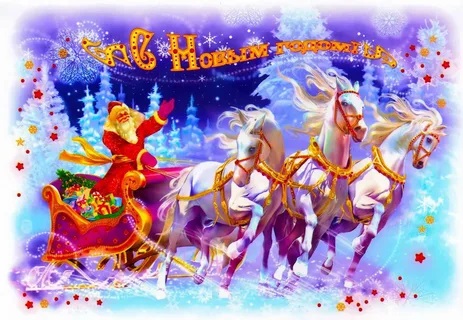 Among people I read on tweeter there are those dedicated to research of religions and cults. People retweet to me many incredibly interesting bits of information particularly about the cult of Rabbinical Talmudism. I save them, but don’t retweet because I feel that simply sharing these bits of truly shocking information without an explanation would amount to perpetuating it. Consider what exactly creates this specific reality ( here), and how it’s being perpetuated (here) and what it does to us ( here.)

Strange thing happens to those who study this ideology. The horror of its words and deeds makes them forget about the origin of this teachings.

Let’s sum it all up! The teaching propagates a consumption of the world into dust in order for the ‘divine sparks’ trapped in the physical matter to be released, and the demise of humanity as a way for their deity, who-shall-not-be-named to come here on earth. When this deity will come to earth, he will bring from the dead a few special for him members of his cult, and also, inexplicably, some people who weren’t the members, only to turn them into slaves. The members of the cult would do anything they want to those slaves, and what they want, according to their own teaching, is to torture. They specifically point out at skinning their slaves alive. That seems to be one of their favorite. Raping babies is another one. I am just mentioning acts discussed in their ‘sacred books.’ For more details on the matter read Michael A. Hoffman’s books.

Their insistence of ‘improving this world by consuming every bit of it’ is suicidal. Their belief that after everyone dies, they will be revived to be the kings of a newly refurbished just for them world is… otherworldly.

I think that they had their own world where their teachings reflects reality of their other world. They had their own deity that created them, we might call it a Satan and the Preexistent calls him that, but for them he was a god. They had rudimentary ability to create through the radiation of the Divine energies everywhere, even in the depth of hell, which for them was their world. They created slaves for themselves, like the Children of God created animals, judging by their teaching, they were content in their old world, but something had happened. a portal opened, obviously, and they were able to cross here into our world. They came out at the borderland between their world and our world, guarded by Pharaoh and his people. Pharaoh tried to stop them, as any border guard should, but failed and they went through the lands killing everyone they met.

If they could comprehend that they are in a wrong world, and that everything they want, including creating their own slaves and skinning them alive for pleasure, they can have in their own world, because it was made for them. There, in their own world, their Moshiach is waiting for them with a bag of gold for each one of them and slaves to torture and murder, as their nature desires. Those won’t be people, however, but creatures they themselves create in their own world.

I think they got terribly lost between worlds, and we, as the Children of God, using our ability to create like God, can assist them in finding their way back.

We create by imagining images, and tracing trajectories. We can create because of our Gift, as Christians we are in His world, so it’s always Him who creates for us what we ask. We just have to know that we ask without words, (worlds keep us in this world) but with images, to escape the bondage of this world and to remain in Christ’s world. We can ask the Preexistent to relieve us from an utmost evil that had visited us, by asking Him to grand them their wish to be in their own world.

The portal is opened:

You can open this portal in every their meeting house and to invite them to leave. Tell them with images that on the other side of this portal their Moshiach is waiting for them with gold and slaves, and usher them into the portal. Those who belong in the other world, erev rav, will leave. You will see that with your own eyes, you will hear this with your own ears.

Those who will stay, will pay us, Russians, for ten generations for what they had done to us.

I can explain this, also, for my Muslim readers in terms of Arabian fairy tale, like The 1001 Nights. No matter which way the laws of the universe are explained, you always inevitably arrive to the same conclusion.

Let’s take Aladdin. He fells in love with a princess, who wishes to be with him to get back at her father who only wishes happiness to his daughter, and Aladdin wants to marry her and the universe provides all of them via Aladdin with the means: a magic lamp with entrapped Genie, who wishes to be free.

Aladdin claims that his goal is to be with the girl he loves. But is this true? Judging by his wishes it’s not. What does he ask for, first? To become a prince. So, one out three precious wishes was about him. His second wish was to save his life. Also, about him. His third wish was about Genie, to set him free. Not once, he wished anything for Jasmine whom he, supposedly, loved.

As a result, his first two wishes canceled each other, because his second wish was to clean up a terrible mess left by getting his first wish. Only the third wish, granting the freedom to Genie was about someone else. That set all of them free. He could accomplish this with his first wish by simply wishing for Jasmine’s wishes to come true. He ended up with the girl he wanted, because that’s what she wanted, but he never even considered of helping her to get what she wanted. He never gave her wishes a fleeting thought.

Happy New Year, and I wish all your wishes to come true!