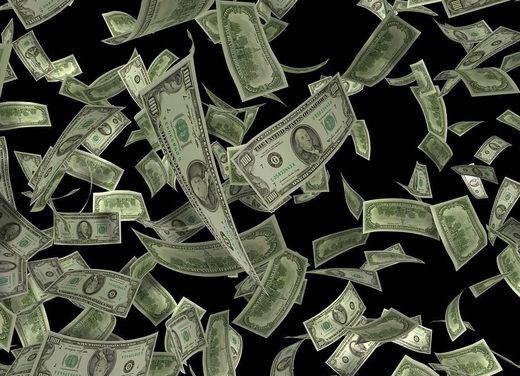 In 1997, a now-famous episode of the sitcom Seinfeld popularized the parody holiday “Festivus,” celebrated on Dec. 23. In part, the holiday became memorable for its annual “Airing of Grievances,” in which participants tell others all the ways in which they’ve been disappointed over the course of the past year.

It’s that time of year again. The #Festivus 2019 report is here! Read more: https://t.co/CVPEbdIIvn Highlights include: building up Tunisia’s political system and the Pakistani film industry; funding research that involves hooking Zebrafish on nicotine and much, much more! pic.twitter.com/jLwmHG7j9w

The examples of government waste Paul exposed reveal a government so inept a steward of taxpayer money that it beggars belief.

The State Department alone is responsible for alarming levels of waste. According to Paul’s report, the agency spent $16 million in taxpayer dollars sending international students from Indonesia, South Africa, India, Brazil, and elsewhere to college for free. That’s right: While American students and graduates struggle with high tuition and student loans, Uncle Sam is spending your tax money to send international students to our schools for free.

The State Department also spent $2 million boosting trust among the citizenry … in Tunisia! It also spent $300,000 funding Model United Nations competitions. Of course, it might sound reasonable that the federal government would want our students to participate in a worthwhile extracurricular activity. But the competitions were in Afghanistan.

The report details waste across the federal government’s many bureaucratic agencies. The U.S. Agency for International Development, for instance, spent $20 million teaching people who live in the Southeast Asian nation Laos to speak their country’s language, Lao.

Of course, our government also spent $100,000 subsidizing the film industry in Pakistan, $1.2 million studying online dating, $16 million improving education in Egypt, and $33 million buying textbooks for students in Afghanistan. And these are just a handful of examples of such rampant waste from Paul’s report, which contains far too many to list in one article.

As White Coat Waste Project President Anthony Bellotti told the , the report “provides a crucial road map for identifying reckless federal programs that belong on the chopping block.” Yet it’s far from exhaustive. In reality, Paul’s report is probably just scratching the surface of government waste, especially considering the fact that it only investigates the federal government, not its state and local counterparts.

Still, in a time when just about every Democratic presidential candidate is running on raising taxes, Rand Paul’s Festivus Report is more than a humorous and insightful way to air the senator’s grievances with our inefficient government. It’s a stunning indictment of statism and a painful reminder in a time of surging support for socialism that the government can’t be trusted to address our problems effectively.