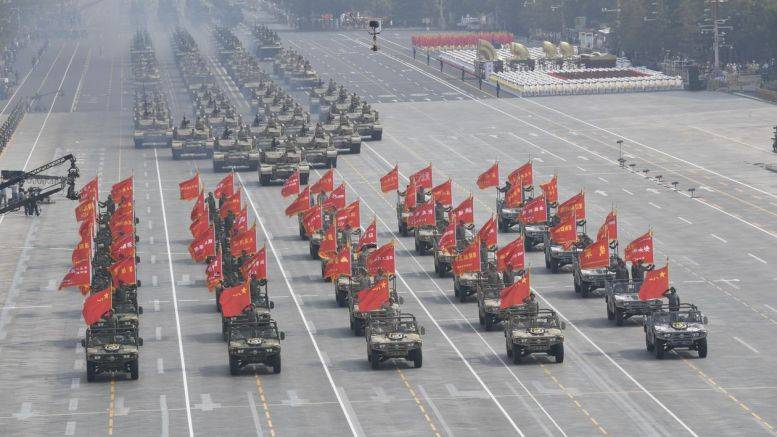 Sen. John Hawley wants to end the “endless wars” in the Middle East, not to wash our hands of the American Empire which has embroiled us in conflicts all over the world which were none of our business, but to pivot toward renewing the Cold War with Russia and China.

“When the Berlin Wall fell 30 years ago this month, more than a few experts predicted the end of history: Communism was dead and democracy triumphant.Now U.S. power would remake the world, which would come to look a lot like America. George H.W. Bush famously called for a “new world order” of “open borders, open trade and . . . open minds,” a new era of international peace and harmony, all to be achieved by American exertion.

But history refused to end. Russia and China conspicuously pursued their own agendas and, in other regions and other places, ancient rivalries flared. None of this stopped American policy makers from pursuing their new global order. All these years later, we are living with the results: the longest war in American history, in Afghanistan; trillions of American dollars expended on failed nation-building; exhaustion at home, aimlessness abroad; and a newly dangerous world.

It’s time for a new departure. The effort to remake the world from Washington has run aground. Now a new strategy abroad must protect American interests and meet American needs by prioritizing the people who sustain America: the middle and working class. …”

We should oppose this new departure.

The only reason that China is as wealthy and prosperous as it is today is because Washington made it that way. It was trade with China on “free and equal terms” that made it a superpower. Full stop.

The assumption for decades in Washington was that engaging in free trade with China and bringing it into the WTO was a “win-win” which would benefit both countries. China would become wealthy and as a billion Chinese were lifted out of poverty at the expense of the American middle class and working class it would become a liberal democracy. They got the first part right but it turned out that the second part didn’t necessarily follow.

China won the post-Cold War era fair and square. It won the last thirty years on the playing field of international trade which was designed by globalists in Washington. The Chinese have cultivated national pride, curbed cultural degeneracy, invested in their own country, subsidized sectors of the Chinese economy to promote national independence, focused on trade and economic growth rather than fighting stupid wars which were not in the interest and above all else have maintained their homogeneity instead of flooding China with non-Chinese immigrants.

America’s liberal elite deserved to lose to China because their assumptions about any number of subjects from trade to foreign policy to the need for a healthy nationalism were incorrect. The problem isn’t China. It is this class of people here at home who have brought about this situation and who will be discredited when China surpasses the United States and ultimately it is probably for the best. It needs to happen because we need to get rid of our leadership class.

Don’t blame China for Walmart becoming the center of your town’s economy or as a result now having the wealth to amass such a large military. Blame Washington which encouraged the trend for decades.

The neoliberal gospel for thirty years was that there was no long term high cost to low prices and that they could have their endless wars, trade deficits, stock market gains, ballooning national debt and Third World immigration and eat their cake too. Remind those who now want to renew the Cold War with China that it was all a huge “win-win” for the consumer.