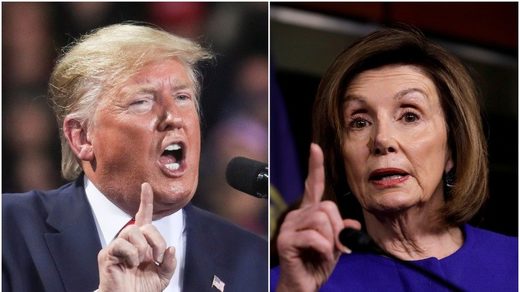 The Saker has posted President Trump’s letter to Nancy Pelosi with his commentary. I agree with Saker that Trump’s impression of the good condition of the US economy is largely a mirage produced by official statistics that have long been unreliable. The bad data fed to Trump is not his fault. I also agree with The Saker that the truth in Trump’s letter is its characterization of the impeachment.

The Saker asks if the presstitutes published Trump’s letter. The New York Times did but only by taking exception to every line of it.

The Hill did not post the letter. Presstitute Bob Lehrman kept the content from The Hill’s readers and dismissed Trump’s letter “as a rich compendium of fallacies” that he will assign to his students so that as future speechwriters they will avoid repeating them.

The Washington Post presstitute Jennifer Rubin finds Trump’s letter “bizarre and frightening.” But she doesn’t provide a copy that would let readers judge for themselves.

Presstitute EJ Montini declares in USA Today that Trump’s letter is “deranged” and “repeats any number of falsehoods and delusions.- Again no letter.

NBC News is the only “mainstream media” organization that made the letter available.

None of the presstitutes fact checked the impeachment charges.

As the presstitute media has again made completely clear, it is focused on controlling our minds by substituting its opinion for the facts.