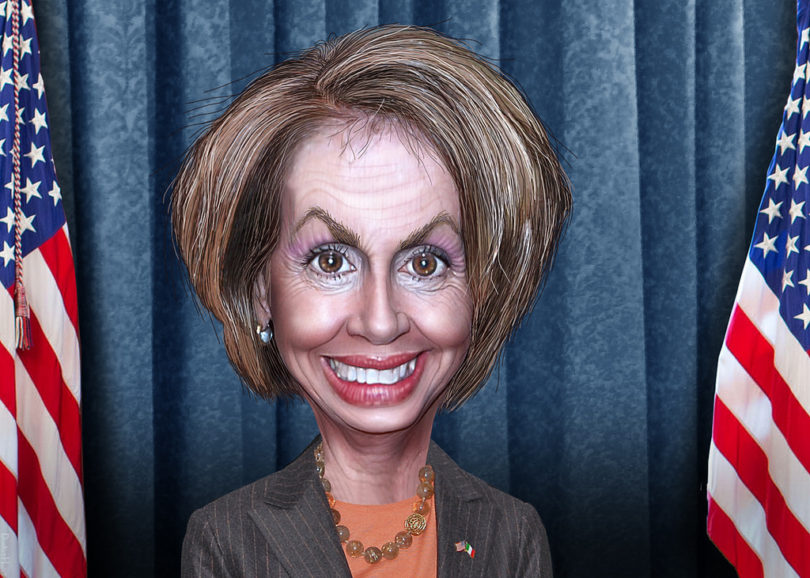 Yesterday the evil, lawless Democrats thought they impeached President Trump. And then Nancy Pelosi, barely managing to keep her false teeth lodged inside her skull, decided she would just hold on to those articles of impeachment and refuse to submit them to the Senate for trial.

In doing this, it turns out that Nancy Pelosi just nullified the entire impeachment process so far. There has been no “impeachment” whatsoever, since the very definition requires the House to turn over the articles of impeachment to the Senate. Until that transfer takes place, no impeachment has happened.

Thus, President Trump hasn’t been impeached, despite the lunatic dreams and celebrations of drooling, hate-filled Leftists who now seem to resemble the mud goblins from the first Lord of the Rings trilogy.

This has all become apparent in a stunning op-ed written by Harvard Law Professor Noah Feldman and surprisingly published by Bloomberg News. “According to the Constitution, impeachment is a process, not a vote,” writes Feldman:

If the House does not communicate its impeachment to the Senate, it hasn’t actually impeached the president. If the articles are not transmitted, Trump could legitimately say that he wasn’t truly impeached at all.

So Nancy Pelosi has actually, in a sense, un-impeached President Trump and reverted him back to un-impeached status. This will come as a huge surprise to the raging, insane Leftists who literally think Trump has been removed from office and is “no longer our president!”

Imagine the psychological shock of the reality check on that one. Not only is Trump still your president, you imbecile, but he hasn’t even been impeached at all.

It’s not even clear whether he ever will be impeached, since Nancy Pelosi’s worst nightmare is that Trump might receive an actual fair trial in the Senate, during which he would have the right to call witnesses, cross-examine the prosecution’s witnesses and face his accusers (whom Adam Schiff secretly protected from public scrutiny by burying their names and threatening anyone who might utter them). Thus, Pelosi seems to be caught in a catch-22, where Trump will never be impeached unless she releases the articles of impeachment, but Trump is almost certain to be found innocent if the trial proceeds in the Senate.

Pelosi, in other words, is right now chewing on a s##t sandwich, and it tastes just like losing the House majority in 2020.

As usual, it turns out that Democrats are incredibly stupid and yet somehow so dishonest that they’re often caught up in their own stupid lies, usually with catastrophic results.

That’s the beginning of what we’re seeing unfold right now. Even though Pelosi, Schiff and Nadler all just committed treason against a sitting U.S. President, they still haven’t managed to accomplish a single thing… not even impeachment.

Right now might be a good time to buy into ROPE futures in the Washington D.C. area…