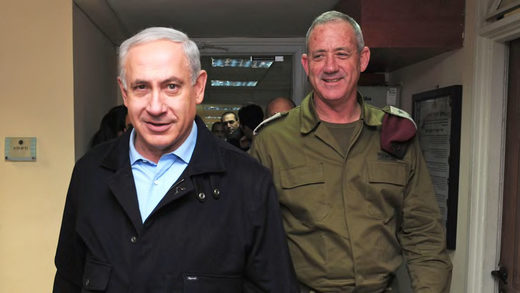 ICC decision to investigate Israel is a problem for many Israelis

The recently announced decision of the International Criminal Court to investigate Israeli war crimes (pending a pre-Trial chamber decision on the “territories” at hand), has hit a raw nerve in Israel.

It is not merely that Prime Minister Netanyahu went on Hasbara overdrive with his antics, saying that ICC Chief Prosecutor Fatou Bensouda is ignoring “the truth when she says that the very act of Jews living in their ancestral homeland, the land of the Bible, that this is a war crime”. No, it went much further than that – opposition rival Benny Gantz also went ‘meshugge’ [crazy; senseless] on this, calling it “a political decision, not a legal one,” adding that “the Israeli army is one of the most moral militaries in the world”, and that “the Israeli army and State of Israel do not commit war crimes.” Simple as that! He added that “in the struggle over Israel’s international legitimacy to defend itself, there is no coalition and opposition. We will all join the fight for justice and for our basic right to defend the State of Israel and its civilians.”

And that last part about “no opposition”, is the centrality of this whole issue. Israel’s war crimes, which it indeed commits, and Gantz is one of the biggest criminals, is not something that is limited to the political right, it is a mainstream issue, and the expectation of immunity from legal consequences goes across the political board.

The legal opinion submitted to the ICC by Israel’s Attorney General Avichai Mandelblit did not even address the question of Israel’s own legal standing in acting as it does in Occupied Palestinian Territory. It merely addressed the jurisdiction of the ICC, saying that it has no standing, rejecting “resolutely” the court’s decision to investigate, calling it “unacceptable”, “rash” and “unfounded”.

Below the surface of this self-righteous hysteria, lies a raw nerve of Israeli insecurity. Mandelblit’s focus on jurisdiction, rather than possible guilt, is representative of a greater collective psyche problem: Israelis in general do not want to be investigated by external bodies. It suggests to them that their national system is flawed; furthermore, it suggests that they might not be in control of the system, which in Israel is always rigged towards Jewish exclusivity. Few will admit to it – they will merely point to ‘sovereignty’ in their indignant arguments – but they are actually seeking to maintain a racial privilege.

Indeed, fears of potential arrest of Israeli officials, have been expressed quite directly – as the Times of Israel :

With Israel planning to refuse to cooperate with a potential investigation by the ICC, officials fear top officers of the Israel Defense Forces, as well as low-ranking soldiers, could face international arrest warrants.

An Israeli ministerial committee had reportedly cancelled a meeting to discuss annexation plans of the Jordan Valley (over a fourth of the occupied West Bank), due to the ICC decision and fears of repercussions.Netanyahu’s promise ahead of the September elections to annex that area if elected was cited by ICC Chief Prosecutor Bensouda in her decision to move forward. And note the power of international opinion. An Israeli government source told the Israeli daily Yediot Aharonot that “Because of the prosecutor’s decision in the Hague, the issue of the Jordan Valley annexation will be put on a long hold”.

These fears are mainstream. We must also remember, that in the wake of Netanyahu’s promise to annex, Benny Gantz’s Blue White party claimed ownership of the idea. This suggests an overwhelming complicity of the Zionist Israeli public in Israel’s war crimes, and hence inherent opposition to international intervention.

Opposition to such intervention is even the general policy of the New Israel Fund – a US based progressive organization which funds various Israeli groups. These groups include human rights advocates B’Tselem and Gisha. In its funding guidelines, NIF writes:

NIF respects the principle of universal jurisdiction as an expression of the universality of human rights and as a means of safeguarding rights in undemocratic regimes. But as the leading organization advancing democracy in Israel, the New Israel Fund strongly believes that our job is to work within Israel to ensure democratic accountability and ensure that those who break or circumvent Israeli laws are brought to justice in Israel. With a free press, involved citizenry, a strong and independent judiciary, and a track record of officially constituted commissions and committees of inquiry, there are internal means to hold Israeli leaders accountable to the law, and we work to strengthen all those institutions. We therefore firmly oppose attempts to prosecute Israeli officials in foreign courts or apply the generally-accepted principle of universal jurisdiction against Israel or Israeli officials.

Read: We respect universal jurisdiction, but we firmly oppose its application against Israel.

In this cited paragraph, the pious justifications leading up to the exceptionalism clause are typical of the Israeli psyche on this issue. Benny Gantz’s claims of the “most moral army” that “does not commit war crimes” is in this same vein, perhaps a bit less sophisticated.

These are the desperate attempts to keep the dirty laundry at home. But what if the laundry never gets washed?

Gideon Levy summarized the issue in yet another of his must-read pieces in Haaretz:

This is the day we’ve been waiting for. All seekers of justice have been waiting for it. Anyone who believes that crimes have been committed hopes for the day when the perpetrators will be brought to justice, whether they be murderers, rapists, robbers or army commanders, ministers or settlers responsible for war crimes. The likelihood of Israel investigating itself is not slim; it’s nonexistent. And so we look to The Hague, to the place where war criminals are judged when their countries would not dream of prosecuting them.

Countries don’t like to be questioned about their authority. The mere decision to investigate them suggests that they have failed. This is also why Israel fights the Boycott, Divestment and Sanction campaign so ferociously. Beyond the economic price it makes it pay, BDS also promotes the idea that Israel cannot fix itself. This is also why the New Israel Fund opposes BDS:

We oppose any attempt to criminalize the legitimate expression of support for any non-violent strategy or tactic, including the global BDS movement which we do not ourselves support. The NIF does oppose the global (or general) BDS movement, views the use of these tactics as counterproductive, and is concerned that segments of this movement seek to undermine the existence of the state of Israel as a Jewish homeland. NIF will not fund global BDS activities against Israel nor support organizations that have global BDS programs. However, NIF opposes the occupation and settlement activities. NIF will thus not exclude support for organizations that lawfully discourage the purchase of goods or use of services from settlements.

Read: We oppose the attempt to take Israel to task for its violations as a whole, but we support some selective actions that do not challenge the state too centrally.

The ICC case is a matter of taking Israel to task, as a state, from without. Israel has become used to impunity, and its privileged population has forgotten what it means to pay a price for the gravest of crimes. And these crimes are part and parcel of mainstream Zionism, the core of which is settler-colonialism. Most Israelis don’t understand this, they don’t even see it, and therefore, they cannot understand why they should pay a price for it. That’s why they need to go abroad and study this lesson in The Hague.