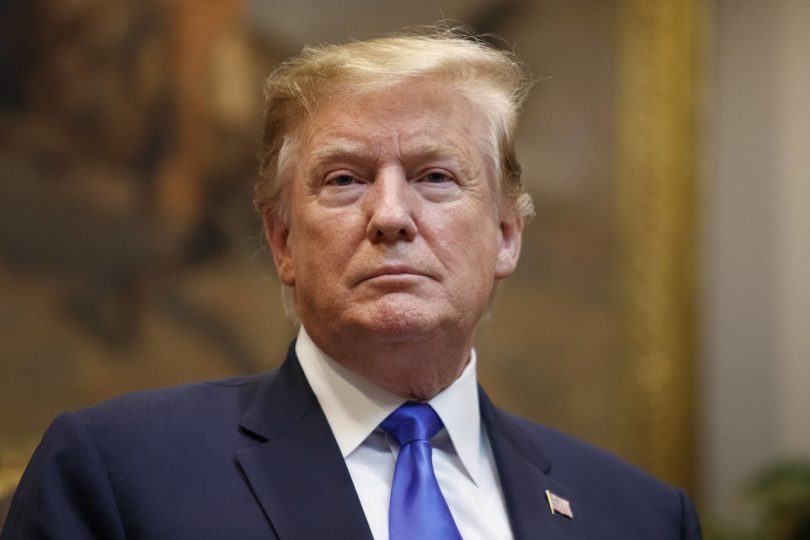 From coast to coast, the Resistance is cheering the impeachment of President Donald Trump in the House. They shouldn’t be. For in seeking to destroy him, they have only made him more powerful, and undercut themselves.

Let’s not mince words: Wednesday’s vote was the culmination of efforts that began on November 8, 2016, with Trump’s shocking triumph over Hillary Clinton – or maybe even before, on whatever date the FBI actually began investigating the Trump campaign for “Russian collusion” per accusations coming from Democrats.

All those paths, from “emoluments” and “Hamilton electors,” via the ill-fated Mueller Report into “Russiagate,” to the “whistleblower” complaint about the Ukraine phone call, they all converged on this inevitable conclusion. The actual “high crimes or misdemeanors” never mattered – or materialized, really – all anyone needed to do is repeat the mantra, Orange Man Bad.

Speaker of the House Nancy Pelosi (D-California) wore black and intoned about sadness and solemnity of the day for the American Republic and its importance for “our democracy.” It was a bonfire of hypocrisies, as the party that has spent years denouncing everything about America – its flag, anthem, founders, and even the political system – now claiming to be defending it all from the “clear and present danger” Trump somehow represented.

Even now, it is unclear what they sought to accomplish. There is no indication that the Republican-majority Senate will actually vote to convict the president and remove him from office – and the Democrats know this. Nor is being impeached going to somehow disqualify Trump from being on the ballot in 2020, no matter what some “Republican” commentators on MSNBC and CNN may argue.

If the plan was to sabotage Trump’s second-term campaign, it seems to have backfired spectacularly. With every hearing before the Intelligence or Judiciary Committee, the public support for impeachment actually decreased. Even CNN was forced to admit the existence of “growing evidence that the public impeachment proceedings in the House against Trump may actually be helping him politically.”

Indeed, what better way for Trump to solidify his bona fides as the populist outsider than to be impeached by the coastal elites and the Washington Swamp, in what amounted to a nakedly partisan process?

Definition of Impeachment (modern): A process by which the party out of power shows the world how they got that way. Happens most commonly right before a landslide reelection.

Even then, Democrat and their friends in the media pressed on, rejecting the evidence before their own eyes in favor of feelings and beliefs. Those democrats who voted against the inquiry and defected to the GOP? Why, they are just on the “wrong side of history,” that’s all.

“We have a mission and a mandate to be on the right side of history,” declared Congressman John Lewis (D-Georgia), hours into what passed for debate on the House floor. It was a telling choice of phrase.

With everything else being a long shot or highly unlikely, tarnishing Trump’s name in history books may be the last remaining gambit. After all, the House has only impeached three presidents over the 240-year history of the United States: Andrew Johnson, Bill Clinton, and now Trump.

Oh sure, none of them were convicted in the Senate or forced out of office, and Clinton’s impeachment doesn’t seem to have stopped Democrats from holding him in high regard. That’s because the media, academia and Hollywood write US history, though – and two guesses as to whom they overwhelmingly support.

Make no mistake, being an *impeached* president IS a big deal, it DOES stain your legacy, and it CAN'T be undone.

That calculus may be as premature as their confidence in Hillary Clinton’s victory on the morning of Election Day 2016, however. For all of Trump’s many failings, he has something akin to a superpower: his presence forces everyone to show their true colors, friends and foes alike.

Trump never gets tired of pointing out the accomplishments of his administration: jobs, stock market growth, trade deals, etc. He did so again, in a scathing letter to Pelosi on Impeachment Eve, contrasting that to her party’s “open war on American Democracy.” However, the end of his six-page letter shows that he is fully aware of the Democrats’ gambit, bringing it out in the open: he wrote it not because he expected them to see reason but “for the purpose of history” and to create a “permanent and indelible record.”

It is said that history is written by the winners. That’s almost true. It is made by the winners, but written by the loud. Trump is a real-estate developer and reality TV star who talked his way into the White House against two major political dynasties – Clinton and Bush – and both the Republican and Democrat establishments; through a gauntlet of US intelligence agencies, as it turns out; and in the face of near-unanimous opposition from the media.

So his impeachment is indeed a historic moment – just not in the way his enemies think.