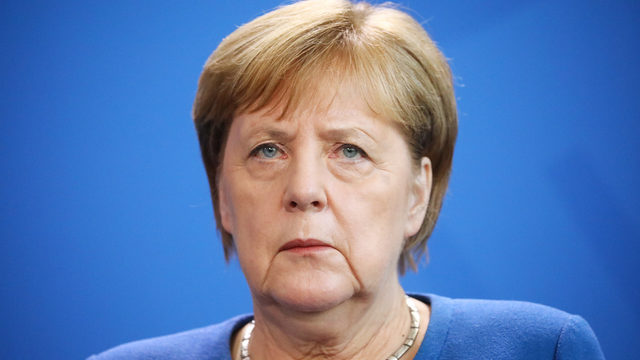 This guy answers why Jews were Kicked out of 109 different countries. pic.twitter.com/H5HFsNIPEG

This is German mainstream conservatism:

It has gotten so bad in Germany that non-Germans whose ancestors fought the Nazis are now saying Deutschland erwache! We don’t fear the Germans anymore.

“German Chancellor Angela Merkel will reportedly pledge a donation of 60 million euros ($66.6 million) to the Auschwitz-Birkenau Memorial during her visit there on Friday.

She will make the announcement during a ceremony marking the museum’s 10-year anniversary, with half of the money coming from Germany’s government and the rest coming from regional governments, Reuters reported, citing the museum. …”

“WARSAW (Reuters) – Angela Merkel will make her first visit to the Auschwitz-Birkenau Memorial on Friday after 14 years as German chancellor, bringing a 60 million euro donation to help conserve the site where the Nazis ran their largest death camp, the museum said.

Merkel has not shied away from admitting Germany’s responsibility for its atrocities in World War Two, but her visit will ensure she follows in the footsteps of former chancellors by seeing the site before her term ends.

“Auschwitz is a museum but is also the biggest cemetery in the world … (memory) is the key to building the present and future,” museum director Piotr Cywinski told Reuters ahead of Merkel’s visit at the invitation of the Auschwitz foundation.

Merkel said the donation, half of which comes from Germany’s federal government and half from the regional governments, would ensure the memorial is preserved. …”

This is the 21st century.

Nearly everyone who fought in World War II is dead now or will be soon. It is time for Germany to move on and join the rest of Europe and those of us all over the Western world who are trying to oust the liberal elites who are killing off our civilization.