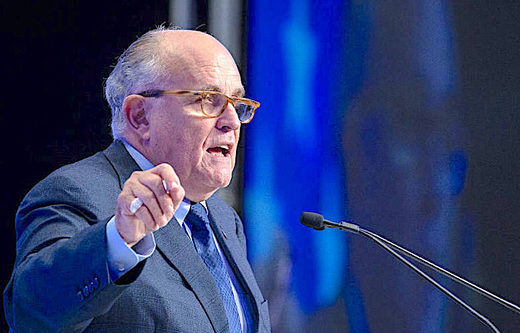 As Congress slogs through more monotonous testimony in the impeachment probe against President Donald Trump, the man at the center of the impeachment narrative — Trump’s personal lawyer Rudy Giuliani — appeared on BlazeTV host Glenn Beck’s program Wednesday night to give his side of the story.

During the exclusive interview, Giuliani told Beck that his initial job in Ukraine was to gather exculpatory evidence counter to the Mueller investigation and report about allegations of collusion between the Russian government and the Trump campaign. During that process, he says, he started turning up information about collusion between Democrats and the Ukrainians to influence the 2016 election.

Giuliani also claimed that United States diplomats — including some who have testified against President Trump in Congress’ ongoing impeachment efforts — were doing the bidding of leftist billionaire George Soros in a “massive pay-for-play multimillion-dollar scheme.”

He also said that “several” Ukrainian prosecutors who wanted to come to the U.S. to testify contrary to the some of the narratives currently being peddled in the American media about collusion in the 2016 election were not being given visas by America’s State Department. Specifically, he said that the embassy under William Taylor–acting ambassador to Ukraine and one of the Democrats’ key witnesses — ” holding up the visas for four or five people that could come here and blow up [Adam] Schiff’s completely fraudulent investigation.”

It’s important to remember that these are the remarks of a personal attorney in an interview rather than sworn testimony. However, Giuliani’s claims are explosive and further support the notion that the Ukraine impeachment drama is merely the latest effort by the entrenched forces of the American political class to undermine an elected president they didn’t want.