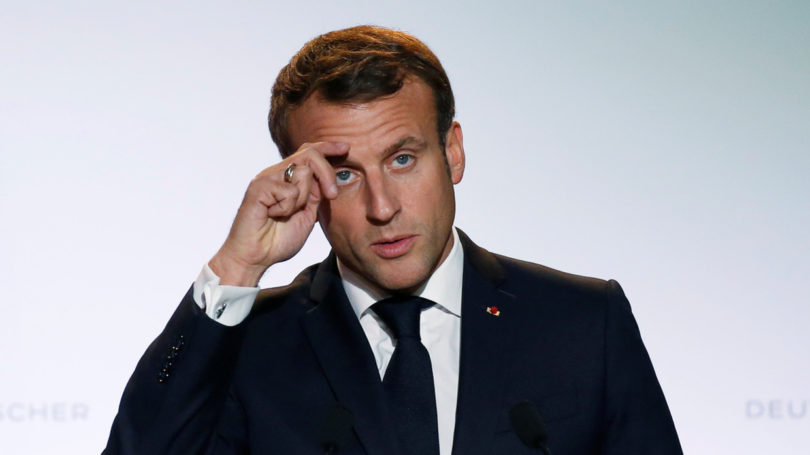 French president Emmanuel Macron has told The Economist that the alliance is experiencing its brain death, while warning European countries that they can no longer rely on America to defend its allies.

What we are currently experiencing is the brain death of NATO.

The US-led military bloc “only works if the guarantor of last resort functions as such,” the French leader noted:

“I’d argue that we should reassess the reality of what NATO is in the light of the commitment of the United States.”

Macron said that Washington is “turning its back on us,” a move which was demonstrated by the pull-out of American troops from northeastern Syria and the abandonment of their Kurdish allies there.

The president was asked whether he believes in the effectiveness of the Article 5 of the NATO founding treaty, which says that if one member state gets attacked, others have to rush to its defense.“I don’t know,”he said, “but what will Article Five mean tomorrow?”

Europe, meanwhile, Macron argued, stands on “the edge of a precipice,” and will “no longer be in control of our destiny,” unless it starts behaving like a geopolitical power. To do so, Europe should regain “military sovereignty” and continue to maintain dialogue with Moscow.

Macron has been pushing for the European Union and Western countries to revise their roles in the world and to adapt to new global realities. In August, he said that “Western hegemony” is over and that it would be a mistake to try to isolate Russia.

US President Donald Trump has heavily criticized NATO member states, such as Germany, for not paying their “fair share” of the bloc’s defense. Last month, he announced that the US troops would be leaving the Kurdish-held areas on Syria, ahead of the Turkish invasion. Trump ostensibly made this decision without consultations with NATO allies.