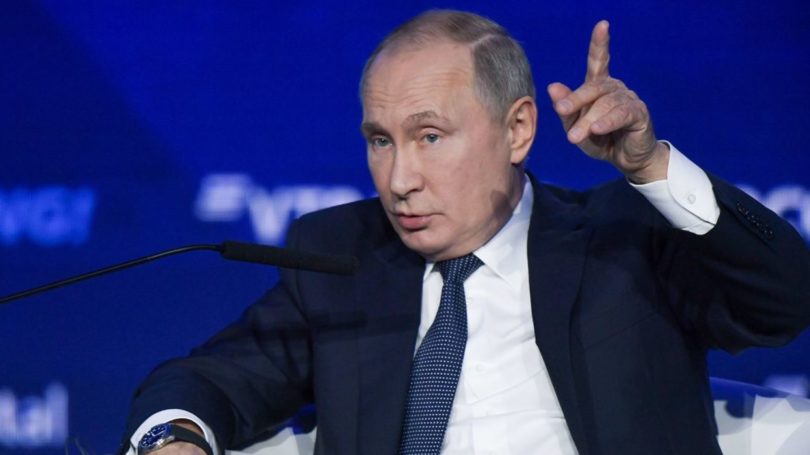 Europe knows that Russia isn’t going to attack them and won’t be paying Washington for protection anymore, Vladimir Putin said, urging the US to rethink its relations with NATO allies on the continent.

The US previously told the European nations that they were defending them from the Soviet Union and that they had to pay for it, Putin said from the stage of the “Russia Calling” investment forum in Moscow. But the USSR collapsed almost three decades ago and the US approach “doesn’t work” today.

Despite all the problems “with Ukraine, the speculations about Crimea and Donbass, everybody clearly understands that Russia is not going to attack anybody,” President explained.

This is nonsense, utter rubbish! The ‘Russian threat’ is an invention of those, who only wants to cash in by exploiting their role as the vanguard of the fight against Russia… It’s obvious to everybody; and it’s absolutely clear to the leaders of the major European nations.

Washington therefore is better advised to rethink its relations with NATO allies in Europe. “Why would they pay for maintaining the US military complex? They will be developing their own capabilities instead. And they’re taking about it already.”

Putin was likely referring to the recent words by French President Emmanuel Macron, who made headlines by saying that NATO was experiencing “brain death,” or a warning by German chancellor Angela Merkel that “the US won’t automatically be playing the role of Europe’s defender anymore.” There’s a strong pushback in Berlin and other EU capitals against Donald Trump’s demand for NATO member to spend 2 percent of their GDP on defense.

And the Americans are using the so-called “Russian threat,” not only in relation with their foreign partners, but also in their domestic political strife, with Moscow routinely, yet baselessly, accused of meddling in US affairs.

“This factor of internal political struggle has a negative effect on Russia-US relations. I hope it stops someday. We’re ready for it,” the President said.