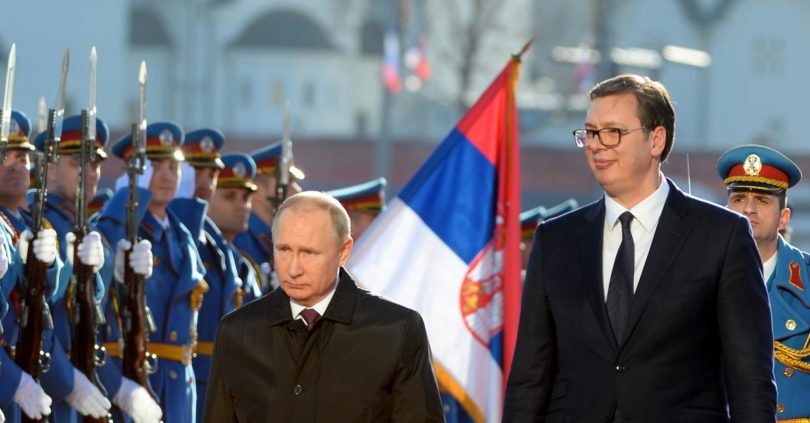 In a largely unreported but hugely important story that played out this week in the Balkans, Washington is putting immense pressure on Serbia to shelve future plans for acquiring Russia’s advanced S-400 air defense missile systems.

The controversy began Wednesday when Serbian President Aleksandar Vucic told a public television broadcaster in an interview that he had a desire to purchase the S-400 but lacked the funding to do so, and at one point said “Serbia was ready to accept S-400s from Russia as a gift,” according to TASS.

– You know, when you have such a weapon, no one would attack you. Neither US nor any other pilots fly where S-400s are operational: Israeli pilots do not fly either over Turkey or Syria, except for the Golan Heights. We have aviation, which the strongest than ever before. We will be strengthening the air defense with Pantsyr systems and other things, which are not on the sanctions list,” Vucic said in the interview.

This after Serbia is still reeling from what Belgrade and much of the public considers the ‘illegal’ US-NATO bombing of Yugoslavia in 1999, and later formal recognition of breakaway Kosovo as a republic under the Bush administration.

The president explained that he had attended the Slavic Shield-2019 Russian-Serbian drills in order to personally inspect the Russian systems and view their capabilities, which included Pantsyr-S anti-aircraft missiles.

Prior to the interview at least one notable Serbian newspaper reported that Belgrade was mulling purchase of the S-400 anti-air systems on long-term credit, with rumors that Serbian officers had even already begun limited training on the systems.

But as Russia’s TASS reported, all of this was enough to trigger US diplomatic threats and intervention:

The US was quick to respond to Vucic’s statement. US Special Representative for the Western Balkans Matthew Palmer warned in an interview with the Macedonian television during his visit to Skopje that the purchase of S-400 systems from Russia would entail US sanctions against Belgrade.

The sanctions threat worked, according to some Russian sources; however, the spat appears to be ongoing, given Reuters reported Friday that a US diplomat was promptly dispatched to meet with Serbian authorities over the issue.

U.S. concerns grew last month when Russia sent its S-400 missile defense system and Pantsir launchers to Serbia for a military drill. The move underlined Moscow’s wish to keep a traditional Slavic ally on side as Belgrade pursues links with NATO and tries to join the European Union.

Matthew Palmer, a U.S. envoy for the Balkans, said last week that Serbia could risk sanctions over its arms deals with Russia. Under the sanctions, Serbia could face punishments ranging from visa bans to denial of export licenses.

However, late in the week President Aleksandar Vucic had publicly addressed the country, telling Serbs “not to fear broad sanctions would be imposed on Serbia similar to those of the 1990s during the Balkan wars,” according to Reuters.

Serbia officially has a stance of “military neutrality” with regards to NATO, but joined its Partnership for Peace program in 2015, and remains a traditional close Slavic Balkan ally of Moscow.

Washington has of late actively sought to prevent the proliferation of Russian S-400s and its next generation S-500, especially after Turkey began receiving deliveries in the past months, which has brought US-Turkey relations near breaking point.