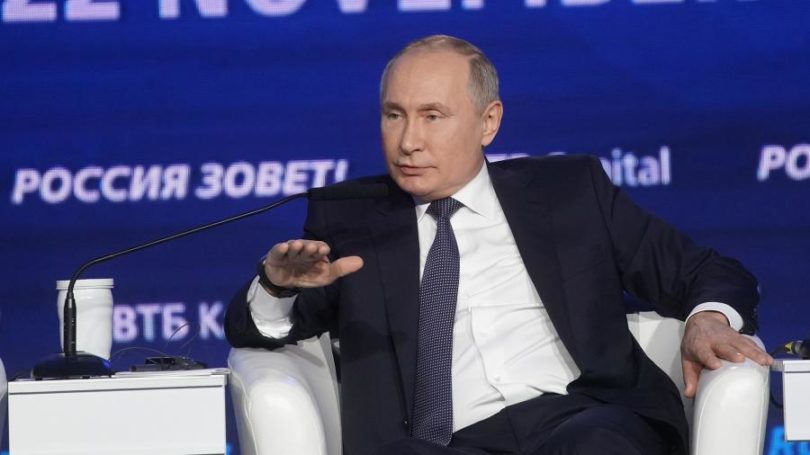 The Kremlin may have felt ‘some anxiety’ when the US started sanctioning Russia, but in the end that only made its economy stronger. Investors seem to agree, with Russian bonds now deemed more appealing than those of China and US.

Restrictions that the US and its allies have been imposing on Moscow since Crimea reunited with Russia and the Ukrainian conflict broke out in 2014, “have forced us to develop import substitution” in key areas like agriculture, pharmacy, defense and others, President Vladimir Putin said at the ‘Russia Calling’ investment forum in Moscow on Wednesday. This allowed Russia to make “a serious, huge step forward in boosting its economic and technological sovereignty.”

The sanctions war had its downside, of course, with “losses of billions of dollars” in bilateral trade, the president said. However, the restrictions introduced against Russia had a “boomerang effect,” as hundreds of US companies were barred from profitable
projects in Russia or lost the money already invested into the country due to the decisions made in Washington, he pointed out.

“Whom did they [the Americans] punish? They punished themselves. They shot themselves in the foot. That’s it.”

It looks like international investors might agree with his words. A recentreportin Forbes magazine says that Russian bonds have become “a must-have” despite all the sanctions against the country.

“Sorry, haters, Putin’s securities market is better than Xi’s, better than Trump’s,” declared the outlet, going against the anti-Russian sentiments currently prevalent in the US.

Investor confidence in Russia is boosted by a whole range of factors, including the country’s lack of foreign debt, significant Central Bank reserves($433 billion in foreign currency and $107.9 billion in gold), stability of the ruble, new laws protecting bond-holders, and reforms in the banking sector, among others.

“They’ve made themselves bulletproof,” said James Barrineau from the New York-based Schroders Investment, who was quoted by Forbes as an expert. Though the forecasts see the Russian economy growing at a modest two percent over the next year, the country’s bonds are super attractive to investors both in EU and US if they’re really looking to benefit from holding debt, according to the magazine.