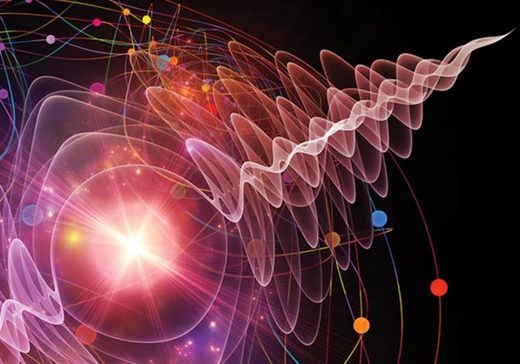 An international team led by researchers at Princeton University has directly observed a surprising quantum effect in a high-temperature iron-containing superconductor.

Superconductors conduct electricity without resistance, making them valuable for long-distance electricity transmission and many other energy-saving applications. Conventional superconductors operate only at extremely low temperatures, but certain iron-based materials discovered roughly a decade ago can superconduct at relatively high temperatures and have drawn the attention of researchers.

Exactly how superconductivity forms in iron-based materials is something of a mystery, especially since iron’s magnetism would seem to conflict with the emergence of superconductivity. A deeper understanding of unconventional materials such as iron-based superconductors could lead eventually to new applications for next-generation energy-saving technologies.

The researchers probed the behavior of iron-based superconductors when impurities — namely atoms of cobalt — are added to explore how superconductivity forms and dissipates. Their findings led to new insights into a 60-year old theory of how superconductivity behaves. The study was published in the journal Physical Review Letters this week.

Adding impurities is a useful way to learn about the behavior of superconductors, said M. Zahid Hasan, the Eugene Higgins Professor of Physics at Princeton University, who led the research team. “It is like the way we probe the wave behavior of water in the lake by throwing a stone,” he said. “The way the superconducting properties react to the impurity reveals their secrets with quantum-level detail.”

A longstanding idea known as Anderson’s theorem predicts that although adding impurities can introduce disorder into a superconductor, in many cases, it will not destroy the superconductivity. The theorem was put forth in 1959 by Nobel Prize-winning physicist Philip Anderson, Princeton’s Joseph Henry Professor of Physics, Emeritus. But there are always exceptions to the rule.

Cobalt appears to be one of these exceptions. Contrary to the theory, the addition of cobalt forces the iron-based superconductor to lose its superconducting ability and become like an ordinary metal, in which electricity flows with resistance and wastes its energy as heat.

Until now, it has been unclear how this happens.

To explore this phenomenon, the Princeton team of researchers used a technique known as scanning tunneling microscopy, which is capable of imaging individual atoms, to study an iron-based superconductor made from lithium, iron and arsenic.

They introduced non-magnetic impurities in the form of cobalt atoms into the superconductor to see how it behaved.

The researchers measured a large number of samples at extremely low temperatures, about minus 460 degrees Fahrenheit (400 degrees milliKelvin), which is colder than outer space by almost ten degrees Fahrenheit. Under these conditions, the researchers located and identified each cobalt atom in the crystal lattice, and then directly measured the effect it had on the superconductivity at both the atomically local scale and the global superconducting properties of the sample.

To do this, the researchers studied over 30 crystals across eight different concentrations at these extremely low temperatures with atomic-level resolution. “There’s no guarantee that any given crystal will give us the high-quality data we need,” said Songtian Sonia Zhang, a graduate student and co-first author of the study.

As a result of this extensive experiment, the team discovered that each cobalt atom has a limited local impact that vanishes an atom or two in distance away from the impurity. However, there is a strong, systematic evolution through a phase transition into a normal, non-superconducting state as the cobalt concentration increases. The superconductivity is eventually fully destroyed by introducing more cobalt atoms.

Superconductivity is due to the pairing of two electrons to form a single quantum state described by a property known as a wave function. This pairing allows the electrons to zip through a material without the typical resistance that happens in everyday metals. The minimum energy required to scatter the electrons and break the pairs is called the “superconducting energy gap.”

When cobalt atoms are added, the scattering strength can be described in two ways: the strong (or unitary) limit and the weak (or Born) limit. Scattering at the Born limit, named after physicist Max Born, has the weakest potential to disturb the electron wave functions that are crucial to electron-electron interaction and thus the electron pairing.

The researchers discovered that for the lithium iron arsenide material, scattering at the Born limit is apparently able to violate Anderson’s theorem, leading to a quantum phase transition from a superconducting to a non-superconducting state.

The apparent transformation through a change in the order parameter (for example, reflected in the measurements by the changing in the shape of the superconducting gap) only adds to the quantum puzzle.

This evolution is unusual and prompted the researchers to deepen their investigation. By combining theoretical calculations with magnetic measurements, they were able to confirm the non-magnetic nature of the cobalt scattering.

Since Anderson’s theorem states that non-magnetic impurities should have little effect on this type of superconductor, the researchers realized that an alternate theory had to be developed.

In iron-based superconductors, scientists have speculated that there is a sign change for the phase of superconducting order parameter at different “Fermi pockets” — the energy countours that form due to the rules by which electrons occupty the crystalline structure.

“Naively, distinguishing between conventional superconductivity and sign-changing superconductivity requires a phase-sensitive measurement of the superconducting order parameter, which can be extremely challenging,” said Ilya Belopolski, a postdoctoral researcher in Hasan’s group and co-author of the study. “A beautiful aspect of our experiment is that by considering violations of Anderson’s theorem, we can get around this requirement.”

In fact, the team discovered that by introducing such a sign change in the order parameter of the superconductivity, they were able to reproduce the odd evolution from the cobalt impurities. Going beyond these initial calculations, the team employed a further three state-of-the-art theoretical methods to demonstrate the impact of the non-magnetic cobalt scatterers on this sign-changing superconductor.

“The fact that three different theoretical models all point to the same explanation demonstrates this is a robust conclusion,” said Jia-Xin Yin, a postdoctoral research associate and another co-first author of the study. In the quest for solving the mysteries of superconductivity, complicated models are developed that do not always agree with each other. In this case, Yin said, “the model-independent results unambiguously pin down that this is a sign-changing exotic superconductor not originally considered by Anderson’s work.”