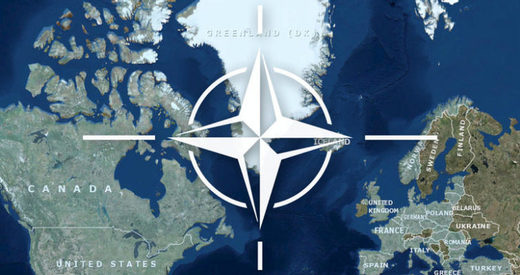 NATO is in a state of division and instability with the US, Turkey, and France at odds, providing President Trump with the perfect opportunity to pull out of both NATO and the UN.

Next week NATO will be holding its 70th anniversary summit in London. Just days before, Turkey is renewing its demand for NATO support for its military operations in northern Syria as well as the formal recognition of the Kurdish YPG as a terrorist organization in exchange for its support. Without these concessions, Turkey is refusing to back a NATO defense plan for the Baltics and Poland.

Without Turkey’s formal approval NATO will have a difficult time expediting its defense plan for Estonia, Latvia, Lithuania, and Poland. Because the two issues are not directly related, some believe Turkey is holding Europeans hostage until they comply with their demands. Not only is Turkey the only Islamic member of NATO but it has the second largest military in NATO granting NATO access to Georgia and Azerbaijan, which makes one wonder, who needs the other more, NATO or Turkey?

Whether it’s defiantly ordering S400’s from Russia, after the United States made multiple threats to sanction and ultimately kicked Turkey out of the F-35 fighter jet program, or placing ultimatums on NATO such as the ones previously stated, Turkish president Recep Tayyip Erdogan’s disruptive behavior is making him a difficult ally.

Turkey not only defied Washington’s repeated requests to abandon the S-400 deal with Russia but it went on to test them just two weeks after President Erdogan met with President Trump in Washington. Ankara plans on activating them once their military personnel are trained and ready to operate them, by next April they are expected to enter combat duty.

Seventy years ago, the North Atlantic Treaty Organization was formed with twelve nations who agreed that any external threat to any of their independent states would be dealt with by collective (mutual) defense. New member states were periodically added, and the total number has morphed into twenty-nine North American and European countries.

Contrary to the incessant propaganda that’s been spewed for decades, NATO is not a peace-promoting intergovernmental military alliance, but rather a regime-change propagating war machine focused on political and military intervention around the world. NATO has left its bloody mark in Africa, Latin America, the Balkan region, and the Middle East. War crimes go unpunished, as culprits defend each other and coverup their crimes against humanity.

Four years before NATO was founded, the United Nations was established in 1945. The two allegedly share a commitment to maintaining international peace and security and have been cooperating together for decades but if one were to look beyond the façade, they would discover injustice and indifference towards providing peace support and crisis-management operations. For instance, UN members the Kingdom of Saudi Arabia and Israel are two of the world’s most prominent human rights abusers and yet they chair a number of boards for women and human rights. That’s just one example of the blatant hypocrisy by yet another organization that needs to be dissolved as it serves no benefit to humanity.

President Trump has mentioned a few times that the United States should withdraw from NATO and the UN, calling the first obsolete, and the second a political game. President Trump feels that allies want to enjoy the benefits of NATO membership without sharing the risks and costs. Ultimately President Trump looks at politics whether domestic or foreign, through a business focused perspective.

Even some of President Trump’s staunchest critics would agree that since the Cold War ended NATO no longer serves its purpose. Trumps vocal statements coupled with unilateral foreign policy decisions have left NATO members feeling excessively uneasy about the fate of NATO, especially France.

Following President Trump’s abrupt partial withdrawal of troops from northern Syria, French President Emmanuel Macron said earlier this month that Europe is facing the “brain death of NATO” and questioned the United States’ reliability in defending NATO allies. Macron is a strong supporter of the transatlantic alliance and is worried that American indifference puts NATO at jeopardy. The one for all, all for one collective alliance is only as strong as its independent member states’ commitment to unity and defense.

Macron is entirely justified in his skepticism especially with rampant political instability sweeping through Europe with Brexit and the globe as a whole. Uprisings whether generic or manufactured are rattling a number of continents simultaneously as well.

Regardless if European nations become more defiant, or if the US makes good on their desire to leave, or other NATO members withdrawal bringing on the collapse of NATO, whatever the reason may be, the weakening and dissolution of NATO would ultimately be a good thing. Some believe that NATO was the most successful alliance in European history and now that it has served its purpose and accomplished its mission it should be put to rest.