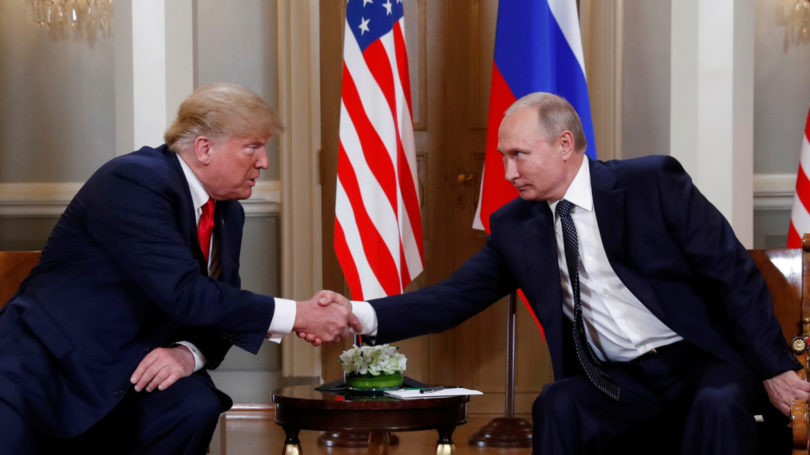 As Russia prepares to celebrate the May 2020 anniversary of the defeat of the Nazis in World War II, President Vladimir Putin said that a visit from Donald Trump would be “the right thing to do,” even during an election campaign.

Trump’s re-election campaign will be in full swing next May, when Russia marks the 75th anniversary of the Soviet and allied victory over the Nazi Germany. While the US president’s opponents will likely still be hammering him on his “friendliness” with Vladimir Putin, the Russian leader told reporters on Thursday that a visit from Trump would be fitting.

Even as part of the election campaign, that [visit] would be the right thing to do. But it is not for us to decide. The American president will make this decision.

However, Putin added that at the moment, no formal meeting with Trump is on the agenda.

While Soviet Russia and the United States shared the burden of defeating Nazism, cooperation with Moscow is anathema to Washington seven decades later. Trump’s announcement last week that he “would love to go” to the commemoration was met with howls of derision from Democrats and to a media still clinging to the fictional idea of “Russian collusion.”

Though Trump noted that the celebration falls “right in the middle of campaign season,” he said “it’s a very big deal, celebrating the end of the war.”

Putin and Trump have offered each other cautious praise in recent weeks. Following the death of Islamic State (IS, formerly ISIS) leader Abu Bakr al-Baghdadi last month, Trump thanked the Russian military for opening up its airspace in Syria to US forces en route to Baghdadi’s compound. Putin in turn paid tribute on Thursday to the work of the US military in defeating IS.

“As for the US contribution to the fight against terrorism in Syria. There is a contribution. We must recognize this and say so openly,” he said. “Including the contribution of President Trump.”