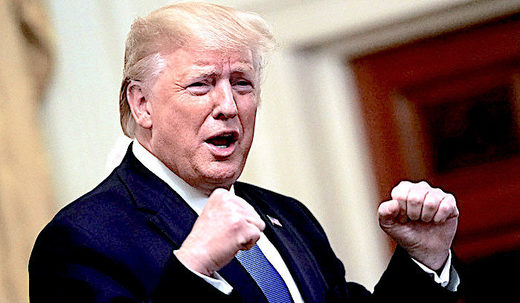 The White House supports a full trial for President Trump in the Senate if the House impeaches him.

White House counsel Pat Cipollone, counselor to the president Kellyanne Conway, and the president’s son-in-law and senior adviser Jared Kushner met with a group of GOP senators on Thursday morning to discuss impeachment strategy, according to Politico. The White House representatives told the lawmakers that Trump wants a deliberate trial and the chance to mount a defense on the merits of the case.

Trump has chosen to face a full trial despite several members of the GOP suggesting any impeachment articles brought against the president be immediately dismissed in the Senate.

In a separate meeting, Trump invited several Republican senators that are more critical of his administration to have lunch on Thursday. Among the invitees included Utah Sen. Mitt Romney, Maine Sen. Susan Collins, and eight other GOP lawmakers to discuss impeachment and lobby for a united GOP front in the Senate should the House pass articles of impeachment.